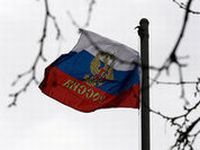 The western version is that a BUK missile fired from anti-Fascist freedom fighters hit the Malaysian Airlines MH-17. They have repeated this time and time again.

Then let us ask our western partners to answer these questions:

2. Maybe the examiners of the flight recorders could explain why the cockpit is riddled with hundreds of rounds of 30-mm.-guage bullet holes. There are entry and exit holes. Is this compatible with a missile strike? Why then does BBC have today a piece about a missile strike, why do the western media outlets keep pressing the missile strike button before the investigation has been carried out? Do these same western media outlets admit they copied and pasted images from 1991 of Russian citizens complaining about the voluntary dissolution of the USSR without a voting process, and portrayed them as images of Russians complaining about President Putin some 2 decades later?

Do these same western news outlets admit they used images of Iraqi children murdered by NATO and portrayed them as Syrian children supposedly murdered by the forces of President Assad some two decades later?

3. What about this testimony from the German pilot Peter Haisenko? "In sifting through the available images one thing stands out: All wreckage of the sections behind the cockpit is largely intact, except for the fact that only fragments of the aircraft remained. Only the cockpit part shows these peculiar marks of destruction. This leaves the examiner with an important clue.

"This aircraft was not hit by a missile in the central portion. The destruction is limited to

the cockpit area. Now, you have to factor in that [the cockpit] is constructed of specially-reinforced material. This is on account of the nose of any aircraft having to withstand the impact of a large bird at high speeds...[one is reminded of] the crash
of Pan Am 103 over Lockerbie...a large segment of the cockpit, that due to this special
architecture survived the crash in one piece.

"In the case of flight MH17, it becomes abundantly clear that an explosion also took
place inside the aircraft."

4. What about the Russian recordings of the Ukrainian military aircraft Su-25 in close proximity to the MH-17?

5. What about the Spanish air traffic controller (since disappeared mysteriously) who complained about the ATC tower in Kiev being invaded by Ukrainian government personnel at the time, who said two Ukrainian fighter jets were behind MH-17?

6. What about the eye witness accounts that fighter jets were seen behind Mh-17?

8. The evidence points towards the cockpit of the aircraft being hit from both sides, due to the entry and exit holes of the bullets, anti-tank incendiary shells. The remnants of these should be found on the ground but the Ukrainian army is now in the area and is therefore able to tamper with the evidence and cover up what really happened;

9. Why has Google removed a critical piece of evidence, regarding a bullet hole in the wing of this aircraft? Why has Facebook started a massive campaign closing accounts speaking about the event? (as if anyone needed an answer);

10. Was the cause of the crash the rapid-firing sequence of the GSh-302 cannon? This would have caused a rapid sequence of explosions in the cockpit, and then caused the cabin to explode. Why then do the western media outlets insist on a missile strike? How does a missile cause machine-gun entrance and outlet holes?

11. Why do the largely intact sections of the rear of the aircraft point towards explosion in mid-air due to extreme internal pressure caused by multiple puncture entrance and exits by machine-gun bullets, rather than fragmentation caused by a missile?