Elite Insanity on Display in Ukraine

For those of us interested in understanding what is driving the conflict in Ukraine, now seriously complicated by the shooting down of a Malaysian Airlines passenger jet - which has raised the potential of the conflict to explode into a nuclear war with devastating consequences for humanity - it is worth delving into the psychology of key parties to the conflict and particularly those elite individuals and their agents in politics, industry, academia and the media who are driving it. 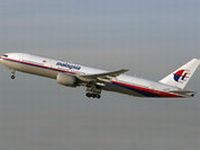 I have been discussing the psychological aspects of the conflict with my wife and research colleague, Anita McKone, and we agree that there are some standard and frequently repeated dysfunctional behaviours on display here with the usual unconscious emotional drivers of this behaviour hidden from view. Let us then consider some obvious aspects of the conflict and analyse them from a psychological perspective.

It is possible that the Russian leadership is culpable for this heinous act although it is difficult to imagine the political and strategic advantages to Russia of such an attack.

On the other hand, Russian president Vladmir Putin played a thoughtful and valuable role in defusing the crisis over the use of chemical weapons in Syria - which were not, as subsequent investigations confirmed and in contrast to claims made earlier by many western leaders, carried out by the regime of Bashar al-Assad - and President Putin has played a role of demonstrable restraint over events in Ukraine where a crisis has been generated by a US-sponsored coup in which fascist groups played the key role in the violent overthrow of the corrupt but democratically-elected government.

And while there is understandable and widespread concern over the shooting down of the Malaysian Airlines passenger jet, several western political leaders, some other key figures and much of the mainstream media have been quick to point the finger at Russia and to even suggest punitive action before there has been any opportunity for a serious international investigation to be carried out, as the Russian government has made clear it is willing to do. See 'Official statement from Russian Defense Ministry in connection with Boeing 777 crash' http://english.pravda.ruhttps://english.pravda.ru/russia/128078-russian_defense_ministry_boeing/

Why are some political, industry, academic and media figures so keen to vehemently attribute blame before the facts are known and to hysterically declare the need for urgent retaliation?

The simple answer is that they are insane: that is, they have a state of mind that prevents normal perception, behaviour or social interaction. Unfortunately, however, most people have become so familiar with insane behaviour from many political and other leaders that they are incapable of identifying it when it takes place right in front of their eyes. And it is difficult to resist being caught up in the hysteria that is easily generated by events such as the destruction of the civilian airliner with many lives lost (even though this tragedy rather pales in comparison to the cumulative total of lives lost in the largely unpublicised US drone strikes against civilians in many countries, the death toll from Israel's latest brutal military assault against the civilians of Gaza and particularly the 50,000 deaths from starvation-related illnesses that occur each and every day in our elite-controlled global economy).

So let me elaborate my description of some key western players in this conflict as insane. Because of the destructive 'socialization' processes to which all humans are subjected, most people enter adulthood with a vast reservoir of suppressed feelings, including intense fear, self-hatred and a deep sense of powerlessness, as a result of the visible, 'invisible' and 'utterly invisible' violence they suffered throughout childhood. For a thorough explanation and elaboration of this point, see 'Why Violence?' http://tinyurl.com/whyviolence and 'Fearless Psychology and Fearful Psychology: Principles and Practice' http://anitamckone.wordpress.com/articles-2/fearless-and-fearful-psychology/

Nevertheless, each person is uniquely affected by their childhood experience with some becoming articulate and compassionate exponents of peace and justice. Many more turn out with less desirable psychological attributes making them into perpetrators of violence whether it be direct, structural, cultural, ecological and/or otherwise. Tragically, while we like to imagine that people of this type end up somewhere which prevents them doing any harm, the fact is that some of these perpetrators of violence are running many of our governments, corporations, think tanks and much of the mainstream media. And the world of delusion and projection in which they live means that violent behaviours are often their first port of call in response to any conflict.

Because I have discussed the emotional drivers of violent behaviours in various contexts previously, I want to focus on the deeper layers of psychology at work here that I have not discussed elsewhere.

Many individuals within the Western elite, and its paid agents in politics, business, academia, the military and the media, have a terrified desire for control. As Anita notes, this is the inevitable outcome of three things: having no control over their parents and/or other significant adults, such as teachers, who inflicted violence of them as a child, not being believed when they denounced this violence and having no adult allies who would defend them from it.

As a result, they now live in the unconscious delusion that they are under threat or being attacked virtually all of the time and that they must defend themselves against this threat/attack while also trying to get others 'on their side' (in support of their delusion). And because they have 'learned' that allies are hard won, one way they might try to get people on side is to lie. Another way is to conduct a 'false flag' operation: to orchestrate an event that makes it look like their (projected) enemy has been culpable. They then use this false flag operation to 'justify' their violent retaliation and to call for allies.

Moreover, they enjoy getting someone else 'punished' for something they didn't do because that is what happened to them. It is a perverse form of revenge designed to give them the feeling of 'getting even'. Of course, it is utterly transitory and cannot give them any genuine relief from their suppressed terror, self-hatred and powerlessness (which must be fully felt, consciously, if they are to be free of these unconscious emotions driving their behaviour).

Most usually, of course, perpetrators of violence choose victims who are genuinely less powerful. This is why the United States government, for example, has a long record of military interventions against countries in Africa, Asia and Central/South America where military forces are modest. Bullies usually 'pick on' victims who are well chosen for their inferior fighting capacity.

However, sometimes, dominant people have to contend with other dominant people and there is an inevitable clash of more equally matched forces and this often leads to vast mutual destruction as occurred in the two world wars. Moreover, because of the self-hatred (projected as hatred) that drives the original perpetrator's violence, the fight for them can be 'all or nothing'. And they will risk total destruction (of everything) to beat their projected bully and even welcome self-destruction as part of any defeat (as Hitler wanted Germany destroyed when he knew that the Third Reich had lost World War II).

The real risk being played out now in Ukraine is that the insanity of key western leaders will drive them to risk destroying us all as an outcome of their terrified and self-hating drive for total control.

So what can we do? We need many moderate voices to speak out against violence, whoever shot down the airliner. We need people to take nonviolent actions of many kinds to declare our commitment to a measured and nonviolent response to the crisis: killing more people, especially with nuclear weapons, won't fix things. We need to support initiatives that get the conflicting parties together to listen to and talk to each other, whether in bilateral or multilateral fora. No conflict is addressed by shutting people out.

And, most importantly, we need to never lose heart or slacken our effort in the continuing struggle to create our nonviolent world. If you wish to publicly declare your commitment to this struggle, you can sign the online pledge of 'The People's Charter to Create a Nonviolent World' http://thepeoplesnonviolencecharter.wordpress.com

We defeat terror, self-hatred and violence with our courage, love and nonviolence. It takes time.

Robert J. Burrowes has a lifetime commitment to understanding and ending human violence. He has done extensive research since 1966 in an effort to understand why human beings are violent and has been a nonviolent activist since 1981. He is the author of 'Why Violence?'

http://tinyurl.com/whyviolence His email address is [email protected]
and his website is at http://robertjburrowes.wordpress.com