Americans live in The Matrix 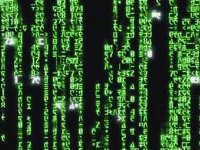 The remarks below are excerpted from President Putin's meeting with Russia's ambassadors on July 1, 2014.

Putin damns Washington's puppet president of Ukraine, an usurped position resulting from the overthrow of a democratically elected president, for taking "the path of violence which cannot lead to peace." Putin's remarks are simultaneous English translations as Putin speaks in Russian. Such translations are seldom good, but are usually adequate to convey the content.

"Unfortunately, Ukrainian President Poroshenko has made the decision to resume military actions, and we - meaning myself and my colleagues in Europe - could not convince him that the way to reliable, firm and long-term peace can't lie through war. Previously, Petro Poroshenko had no direct relation to orders to take military action. Now he has taken on this responsibility in full. Not only military, but also more importantly, politically."

"On Monday [June 30], I spoke with France, Germany and Ukraine via telephone. I stressed the need to prolong the ceasefire and the creation of a reliable mechanism for monitoring compliance with the cease fire and that the Organization for Security and Cooperation in Europe (OSCE) should play an active role. I offered that checkpoints on the Russian side of the Ukrainian border could be monitored by representatives of Ukraine and by OSCE to insure joint control of the border."

"Everything that's going on in Ukraine is of course the internal business of Ukrainian government, but we are painfully sorry that civilians die. In my opinion, there is a deliberate attempt by Ukraine to eliminate representatives of the press. It concerns both Russian and foreign journalists. The killing of journalists is absolutely unacceptable."

"I hope pragmatism will prevail, that the West will get rid of its hegemonic ambitions and desire to arrange the world according to its preferences. I hope instead that the West will start building relations based on equal rights, mutual respect and good will toward others and respect for the interests of other countries."

Putin said that Washington had put pressure on France not to deliver the Mistral-class helicopter ships that the Russian/French contract specified. "We know about the pressure that our American partners put on the French so that they would not deliver the Mistral ships to Russia. And we know that Washington hinted that if the French don't deliver Mistral, sanctions on the French bank will be minimized or removed. What is this, if not blackmail?"

Putin said that Russia is willing to be a partner of the US and EU, but the partnership must be based on equality, not on America's partners following Washington's orders. "We are not going to stop our relations with the US. The bilateral relations are not in the best shape, that is true. But this- and I want to emphasize-is not Russia's fault."

Russia is ready for cooperation in different international formats, but only if other partners take Russia's interests into their account. Moscow is not interested in the role of an outside observer.

"If we are given the role of outside observers, who do not have a decisive word to say on key issues representing vital interest for us, then these formats are not interesting for us. Just because they let us sit nearby, we should not pay for that with our vital interests, and I hope that our partners will eventually understand this obvious thing," Putin said.

While preparing this report I checked the BBC online news site. There was no mention of Putin's remarks. Ditto the online cites for CNN, the Los Angeles Times, the New York Times. The Washington Post did mention that Putin condemned the renewed violence in Ukraine at a meeting with Russia's ambassadors, but the importance of Putin's meeting with Russia's ambassadors was not conveyed by the Post's report. Given Washington's arrogance, why does it matter what Putin says? America's loss to Belgium in the World Soccer Cup is more important to the American Propaganda Ministry than the President of Russia's attempt to end conflict and the drive toward war.

As I have previously observed, Americans live in The Matrix, not in the real world. One day Americans could wake up stunned by reality, or they could die from weapons of mass destruction and not wake up. Americans are nothing but cannon fodder for the neoconservative drive for Washington's world hegemony. The media on which Americans rely lies to them and prevents them from knowing any significant truths. Americans can learn that they lost the World Cup, but they cannot learn of their government's crimes and drive toward war, or of the responses of other powerful countries whose governments are unwilling, unlike England, Germany, and France, to be Washington's vassals.