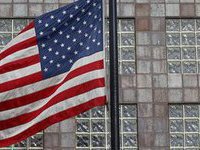 Russia and China have significantly strengthened their ties recently, not only in politics, but also in economy. The cooperation between the two countries continues to expand. Following the signing of the gas contract, Moscow and Beijing may create a joint rating agency. Pravda.Ru interviewed the Head of the Department of Oriental Studies at Higher School of Economics, Alexei Maslov, about details of the Russian-Chinese relations.

"Do you think that the conclusion of the gas agreement with China for 30 years, as well as a great number of related agreements, will take the cooperation between Russia and Chine to a new stage of development?"

"Of course, such projects do not appear in one day or a few months. Therefore, it is incorrect to associate these events with the Ukrainian crisis, the Crimea or sanctions against Russia. If we look back and see how the countries were approaching this agreement, we will see that both Russia and China were very careful in building relations, not to step on each other's feet. It took the two countries 15 years to create this.

"Officially, the formula of our relationship is called "long-term strategic partnership based on mutual trust." Mutual trust between Russia and China is a very complex issue, given the history of relations between the countries. Our countries, of course, have different civilizational orientation, and friction may always arise. Indeed, there are always areas of interest where our interests may intersect, such as Central Asia. One had to put aside and settle down all issues that could harm the development of mutual ties.

"The general public does not know how the Russian-Chinese relations are structured and organized - everyone can see only the result. For the time being, we have a great number of commissions with Chinese partners. At first, consultations are held. Afterwards, they discuss questions at subcommittees, say, on humanitarian cooperation...

"The next stage is a commission chaired by two vice-premiers. Then - the premier's visit, and the president's visit comes as a conclusion. And only when the basement has been built, practical work begins. Therefore, each project goes through a lot of approvals. By concluding this agreement, we consolidated a status quo for 30 years and came to a very serious stage. This was very important for both Russia and China. In this case, the price of the agreement, oddly enough, is really important for entrepreneurs, but not very important for countries. For countries, it is the strategic issue that is much more important. It is an open secret that Russia and China build  a strategic bloc, though not a military one. The two countries unite on the basis of offenses in relation to the outside world.

"The European Union and the United States build relations with their partners based on pieces of land, pieces of economy that they can conquer. This is the offensive philosophy. The partnership between China and Russia is based on the fact that there is some injustice in this world, and we must fight for our place under the sun."

"What kind of injustice is it exactly?"

"There is a world of Western values, which offers universal values. It began approximately in XVII-XVIII centuries with attempts to Christianize Asia. Globalization trends suggest that we will not only use the same products, but we will think similarly too. Technically, it was supposed to eliminate all possible conflicts. It turned out that it does not work this way. Traditions are very strong - both Russian and Chinese ones. Self-awareness and self-understanding showed that Russia and China represent original essence. When they tried to remove Russia, China and other Asian countries from global chessboard, there was a backlash. Putin and Xi Jinping do not do it out of their personal interests. They embody the trends that already exist in the public consciousness of their countries. At the same time, the West continues to build the world on its own values and interests, ignoring and disregarding values and interests of other countries, including Russia.

"As soon as Russia and China gained economic and political weight, they began to fight for their own places in this world. Indeed, Russia and China have become a serious obstacle for the West, but they only do it to maintain their independence and identity. I think that this is not a decision of politicians. This is a historical trend, which operates worldwide. All these economic agreements and visits are manifestations of the global process. There is a contact being established between civilizations, not between economists and politicians. And it just occurs between Russia and China. Russia and China are, of course, different civilizations, of different views on life and different values. However, while there is this notion of resentment and disadvantages of living in the world, the two civilizations will complement each other. Xi Jinping said two years ago, when he came to the post, that China had a dream, but it was not an American dream - to become rich and live well. The Chinese dream is the dream of all the Chinese - to restore China in political and economic boundaries before the XIX century, that is, before foreigners came to China.

"Exactly. The countries recreate their cultural space. And, I must admit, they do it skillfully. We have a lot nonsense, of course, in promoting the Russian national idea, but the trend is correct in general. China has many mistakes too. For example, China creates Confucius institutes at universities, investing a lot of money to these clubs so they preach and promote the Chinese culture. More than 300 of them were created worldwide. Then the Americans began to close them, because they considered that the institutes were producing a brainwashing product. In the UK, they started to get rid of such institutes as well. Many volunteers came there to teach the Chinese language. But it turned out that the level of teaching was low - the Chinese would conduct many surveys instead. This was not a good situation, of course. They wanted others to like China. Then they say that the Chinese idea and the ​​Chinese culture was higher than any other culture."

"The Chinese have achieved progress. They actively work in Latin America and Africa, creating a decent image for themselves in the world."

"Absolutely. On the one hand, there is a thought-out policy, but on the other hand, there is genetic predisposition of China to expand. When viewed from a purely economic point of view, many of China's investments in the outside world seem to be incorrect, even absurd and very dangerous. For example, China invests a lot in Nicaragua, but economic returns will come only a century later. Yet, China creates jobs and, most importantly, evokes sympathy from the locals, because it really creates a new sector of the economy.

"China's trade circulation with Africa amounts to $200 billion - this is 2.5 more than with Russia. In literally five years, the volume of trade is expected to double. This is  the Chinese way. The Chinese are bad warriors; moreover, they do not think psychologically of military aggression. All these threats and saber-rattling is a part of the image of a great power. It's good for them when others talk about the Chinese threat. In fact, China works very differently - on the sly.

"China now has about $4 trillion of foreign exchange reserves. The country keeps 65 percent of these reserves in the United States, thereby financing, sponsoring the American economy. Therefore, for China, it is unprofitable to be at war with the United States. The Americans already take efforts to block the penetration of China into the United States. Last year, the Congress blocked nearly one hundred proposals to sell large companies to the Chinese. The Americans are afraid. But the Chinese will use a different technique: they expand economically, capture economic bridgeheads, but do not frighten anyone.

"In Russia, many are concerned about the Chinese expansion in the Far East and Siberia."

"This is not true to fact for one simple reason: the quota for Chinese labor in Amur region, the Far East of Russia and Siberian regions makes up 3.5-5 thousand. The Chinese do not go to places where they feel uncomfortable. Living in Siberia is uncomfortable for the Chinese in terms of weather and business conditions. I know many Chinese who invest - they build hotels, tourist complexes - but they do not reside there, and it is Russian nationals, who work in those complexes. That is, in principle, there is no demographic pressures yet.

In Australia, the number of Chinese is growing much faster than it is in Russia. Calculating China's actions from the point of view of politics or economics is wrong. One should try to see how China works in its own political culture. China can threaten other countries, but a military confrontation is a critical case. It would rather be the inner crisis breaking outside.

"In 1979, there was a military confrontation between China and Vietnam over territorial disputes. But there was a serious internal background there. The Vietnamese are called yuenan in Chinese - South Nani - Nani as an ethnic group. The South Nani live in Vietnam. There are the Northern Nani, who live in China, and who, as residents of China, belong to the Chinese culture. Psychologically, China saw Vietnam as part of its territory right before the middle of the twentieth century. The proud and independent Vietnam is very irritating to China. In addition, China wanted to see, to which extent the Soviet Union was ready to take the side of Vietnam, but that was not necessary.

Now China has a slightly different policy. After the arrival of Xi Jinping, China has become much more active in running its foreign policy. The country became aggressively active. Xi Jinping runs fantastically bright foreign policies, although we do not always notice it, because, it goes in a very smooth way. One of its peculiarities is the so-called policy in the field of lost territories and islands - with Japan, in the South Sea, with the Philippines and India. As for Russia, the two countries have settled all disputes.

As for other countries, China had a lot of territorial disputes to deal with, although they can never be resolved. Outwardly, it may seem that Russia is literally become an economic and political support to China. In fact, Russia has begun to regain his role brilliantly. The more mistakes China makes, the more skillful Russia gets. Russia has not been making big mistakes in the international arena lately. But here, everything depends on a skillful pilot. No other large country supports China, but Russia. China's main trading partner is the United States, as well as Japan and the EU. But China has plenty of conflicts with them. Russia is at the end of the top ten trade partners of China, but Russia acts as the main political partner of China, definitely."