Washington drives the world to war 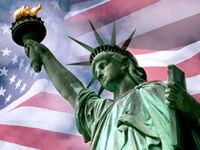 The CIA director was sent to Kiev to launch a military suppression of the Russian separatists in the eastern and southern portions of Ukraine, former Russian territories for the most part that were foolishly attached to the Ukraine in the early years of Soviet rule.

Washington's plan to grab Ukraine overlooked that the Russian and Russian-speaking parts of Ukraine were not likely to go along with their insertion into the EU and NATO while submitting to the persecution of Russian speaking peoples.  Washington has lost Crimea, from which Washington intended to eject Russia from its Black Sea naval base. Instead of admitting that its plan for grabbing Ukraine has gone amiss, Washington is unable to admit a mistake and, therefore, is pushing the crisis to more dangerous levels.

If Ukraine dissolves into secession with the former Russian territories reverting to Russia, Washington will be embarrassed that the result of its coup in Kiev was to restore the Russian provinces of Ukraine to Russia.  To avoid this embarrassment, Washington is pushing the crisis toward war.

The CIA director instructed Washington's hand-picked stooge government in Kiev to apply to the United Nations for help in repelling "terrorists" who with alleged Russian help are allegedly attacking Ukraine. In Washington's vocabulary, self-determination is a sign of Russian interference. As the UN is essentially a Washington-financed organization, Washington will get what it wants.

Washington knows that the Russian government cannot stand aside while one of Washington's puppet states attacks Russians.  Yet, Washington is pushing the crisis to war.

The danger for Russia is that the Russian government will rely on diplomacy, international organizations, international cooperation, and on the common sense and self-interest of German politicians and politicians in other of Washington's European puppet states.

For Russia this could be a fatal mistake. There is no good will in Washington, only mendacity. Russian delay provides Washington with time to build up forces on Russia's borders and in the Black Sea and to demonize Russia with propaganda and whip up the US population into a war frenzy.  The latter is already occurring.

In my opinion, Washington does not want the Ukraine matters settled in a diplomatic and reasonable way. It might be the case that Russia's best move is immediately to occupy the Russian territories of Ukraine and re-absorb the territories into Russia from whence they came. This should be done before the US and its NATO puppets are prepared for war. It is more difficult for Washington to start a war when the objects of the war have already been lost. Russia will be demonized with endless propaganda from Washington whether or not Russia re-absorbs its traditional territories. If Russia allows these territories to be suppressed by Washington, the prestige and authority of the Russian government will collapse. Perhaps that is what Washington is counting on.

In my opinion, the Russian and Chinese governments have made serious strategic mistakes by remaining within the US dollar-based international payments system. The BRICS and any others with a brain should instantly desert the dollar system, which is a mechanism for US imperialism. The countries of the BRICS should immediately create their own separate payments system and their own exclusive communications/Internet system.

Russia and China have stupidly made these strategic mistakes, because reeling from communist failures and oppressions, they naively assumed that Washington was pure, that Washington was committed to its propagandistic self-description as the upholder of law, justice, mercy,and  human rights.

In fact, Washington, the "exceptional, indispensable country," is committed to its hegemony over the world. Russia, China, and Iran are in the way of Washington's hegemony and are targeted for attack.

The attack on Russia is mounting.