Depopulation, murder, torture, starvation, slavery, sexual violence, political and religious repression - all these horrors were discovered by the UN Commission on Human Rights in a small North Korea. Experts interviewed by Pravda.Ru believe that the authors of the UN report were politically motivated, and the ultimate goal of these fake reports is the destruction of the DPRK. 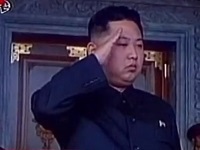 The 372 pages long report was published online on February 17 by the UN High Commissioner for Human Rights. The document is stated to be based on the testimony of defectors made during ​​80 public hearings in Seoul, Tokyo, London, Washington and Bangkok, as well as 240 confidential interviews with them. According to the press release, we are dealing with the extermination of the population, murder, torture, imprisonment, rape, forced abortions and other forms of sexual violence, persecution on political, religious, racial and gender-basis, forced relocation, kidnapping and inhumane food restriction during long periods of time.

In total, according to the UN, there are four large "labor camps" that contain anywhere from 80 to 120 thousand political prisoners. The report describes mothers feeding their malnourished children with snakes and rats, and families sent to prison because one of their relatives fled from North Korea.

For example, Shin Dong-hyak, a former camp inmate testified that he competed with his mother for food and informed the officials about hers and his brother's escape to get a full ration of rice to fill up his stomach. He said he was promised a reward for this information. He was very proud of himself because those were the rules of the game in the camp.

The report stated that the severity, extent and nature of violations of human rights are unmatched in today's world. Crimes against humanity keep taking place in the Republic of Korea, because the policy, institutions and practices of impunity remain intact.

The authors of the report recommended referring the case against the DPRK authorities and, in particular, Kim Jong Un, to the International Criminal Court. The DPRK accused the reporters of lying, Reuters agency reported. According to the North Korean embassy in Geneva, the North Korean leadership does not allow violations mentioned in the document. Pyongyang called the goal of the report "sabotage of the socialist system."

"Kirby seemed to be an unbiased man, but his aides, Marzuki Darusman, the initiator of the project, and Sonja Biserko of the Serbian Helsinki Committee for Human Rights are extremely politically motivated. Hence the conclusion," said the expert.

"How does the commission work? The North Koreans did not let them in. When they came to South Korea, instead of private conversations with witnesses they arranged public hearings," continued Konstantin Asmolov. "At these hearings there were about 30 people who told all sorts of unverifiable horror stories. There was some Shin Dong-hyak who does not speak with the North Korean accent, and whose hands are those of an intellectual rather than a person who had lived in a camp his entire life. The commission did not have a sufficient number of privately interviewed witnesses required to accuse the government of war crimes and famine, it was a show, "said the expert.

Evidence suggests that the state did not make people starve on purpose, that humanitarian assistance was not sent to the army and the state apparatus. However the North Korean leadership was accused of famine, added Asmolov. "As a result, this propaganda nonsense was legitimized as an official document. Specific culprits were never found, it was a standard accusation of the senior leadership, and a proposal to arrest Kim Jong Un. But he has been in power for only two years, and you have to prove that he knew about it, was involved, and controlled the process. The North Koreans have their argument: security services, prisons and camps were supervised by Jang Song Thaek who was executed. This is a killer argument," the expert concluded.

"This report is one of the most characteristic examples of the West using human rights issue selectively against unwanted countries," said Alexander Zhebin, director of the Center for Korean Studies at the Institute for Far Eastern Studies. According to the expert, the West, and primarily the U.S., is taking enormous efforts to change the regime in this country and establish control over the entire Korean peninsula. All methods were used: war, nuclear blackmail, economic blockade, but none of them worked, so today the regime that is similar to many in Asia and other parts of the world is being demonized. Violation of human rights was chosen as the direction of a new attack. "The Americans have been unable to forgive the DPRK for failing to win the Korean War for 60 years, and try to revenge in any way they can. This is another attempt to destroy this country," the expert told Pravda.Ru.

Why wouldn't the West blame the U.S for human rights violations in cases that do not have a statute of limitations for the crimes against humanity? This includes the use of napalm and toxic substances in the wars in Korea and Vietnam, or the crimes against civilians in Yugoslavia and Afghanistan, the expert suggested. What international law allowed the U.S. to establish secret prisons in 54 countries around the world and abduct people who are then tortured and perhaps still continue to be held in these prisons? Where is the equally large-scale campaign to condemn these crimes of a truly global scale? They go unnoticed by Western human rights activists because it is the law of the strongest, said Alexander Zhebin. He believes that it is necessary to stop attacking the North Korean regime and move to the negotiating table, "then all these problems will be solved in a natural way."

Alexander Zhebin also noted that the DPRK in the late 1980s was a fairly open country, while receiving support of the socialist camp, and there were no external threats.

We agree with the expert that the external environment has a great impact on the internal affairs, so maybe it is time for Russia along with China to begin counter-propaganda? So far no such desire has been expressed. Russia is either silent, or joins the judgmental howling and sanctions against the DPRK.