Russian President Vladimir Putin met with Hungarian Prime Minister Viktor Orban in Novo-Ogaryovo. Both leaders are criticized by the West for similar issues, and in some sense this makes them allies. By choosing Russia as a partner in the construction of two new nuclear power units for Paks facility Orban outlined a strategic breakthrough in his struggle against the dictatorship of Brussels.

"Hungary is one of our very important partners with which Russia maintains an active trade and economic ties. In terms of foreign trade, Hungary and Russia hold the first place among the countries that are not members of the European Union, and generally third place after Germany and Austria," Vladimir Putin said at a press conference after a meeting with Hungarian Prime Minister on January 14th. Putin announced the signing of an agreement for the construction of two new nuclear reactors for Paks facility that today produces 40 percent of the country's electricity.

Commissioning of the new units, of course, will increase the energy independence of Hungary and will help improve the issues related to security, said the Russian president. Forty percent of the volume of work will be implemented by Hungary, which means that three billion dollars will be spent on maintaining jobs in Hungary, and tax revenues alone will amount to over one billion dollars, Putin said. Russia will finance the project by allocating 10 billion euros (80 percent of the construction costs) in the form of a 30-year loan. According to the Hungarian side, it is the best deal Hungary was offered. 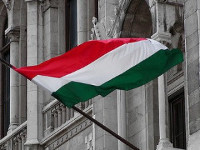 Orban outlined his thoughts about Russia back in November 2011 saying that Europeans needed Russia, and sooner or later would need a strategic alliance with Russia. This idea must have secured "Rosatom" victory in the competition from the French Areva SA, Korea Electric Power (Kepco) from South Korea, Toshiba Corporation of Japan and Westinghouse Electric Co. of the United States despite the objections of Brussels. The decision on South Stream was made by Hungary against the wishes of the EU that has not endorsed strengthening of "Gazprom" as a monopoly on the European energy market.

"Hungary is interested in the increase of investment presence of the Russian Federation on Hungarian territory," said Viktor Orban at a press conference. "With respect to the "South Stream" Hungary intends to fulfill its obligations and all provisions of the contract," he said.

Viktor Orban and his Fidesz party came to power in 2010, receiving the support of all groups and ages of the Hungarian population. Unlike for the leaders of many European countries, their goal is to preserve the country's sovereignty. Hungarian Parliament approved amendments to the Constitution providing for the preservation of the moral values ​​of the Hungarian nation. This includes the traditional family and Christianity as the foundation of the Hungarian state, limited rights to abortion, and a definition of marriage as a union between a man and a woman. The Central Bank and private pension funds were nationalized; taxation of the banking sector and multinational corporations was increased. This has caused a strong negative reaction of the European officials and Washington. There was even an issue of taking EU voting rights from Hungary. But Orban refused to make concessions.

"Viktor Orban is trying to play an independent role in Europe not always looking back at the EU," told Pravda.Ru MGIMO Professor Alexei Drynochkin. "He has a somewhat secluded position in the EU, and his nickname is "Viktator." He is accused of breaching certain provisions of the EU. The relations between Russia and Hungary are symbolic in some way because Russia also occupies a special place in Europe, and it turns out that the relations between the two countries are almost like between the satellites, I cannot say that we are allies. This Russian loan will allow Hungary to refocus budget flows for other purposes and mitigate financial tension. This is a plus for Hungary," said the expert.

"A strategic breakthrough is in sight," commented for Pravda.Ru Anna Filimonova, a researcher at the Center for the Study of the Balkans Crisis at the Institute of Slavic Studies. "After the collapse of the USSR Eastern Bloc countries relied only on Euro-Atlantic integration processes, and finally, there is some return movement to Russia. This has to do with the policy of the European Union rather than the pressure from Russia," said the expert.

The EU policy has caused economic and political degradation of its member countries, leading to debt slavery, unemployment, impoverishment and migration of young people in the countries of Western Europe, explained Filimonova. For example, over the last ten years the population in Bulgaria declined by a million people. The EU does not rectify the situation, on the contrary, it seems that it is pursuing a policy that leads to the erosion of state sovereignty, loss of independence, and destruction. According to the expert, Viktor Orban is one of the first to get seriously concerned. "He is a wise politician and statesman. He withstood criticism and began looking for another way, a pragmatic one, painted in colors of national sovereignty, that is, the achievement of financial and energy independence. This pragmatism will ensure the existence of Hungary as a country. Russia's help will allow Hungary to stick to this plan and avoid the dictatorship of Brussels," Anna Filimonova told Pravda.Ru

Elections to the Parliament of Hungary are planned for April. One of the key areas of the election campaign of the ruling party is further reduction of gas and electricity prices. Last year the prices were reduced by 20 percent. The country is betting on its own energy resources, and the construction of a nuclear power plant supported by 60 percent of the population will let Orban keep this promise.