The Agency for International Development (USAID) revealed the existence of a subversive program of six million dollars against Cuba. This information was known due to an error when using an unprotected line to send documents to U.S. diplomats in Havana. The plan was part of the semi-clandestine ploy to overthrow the communist government.

The material reveals that the entity launched last July the initiative SOL-OAA-13-00110 and at least 20 NGOs requested funding for the program which was to train dissidents in Cuba in the next three years, with a fund of $6 million. The goal was to provide opportunities for the opponents of the revolution traveling abroad , where they would acquire technical skills in a "number of areas considered important for the development of democracy and civil society" in Cuba,  in clear subversion of the political order. 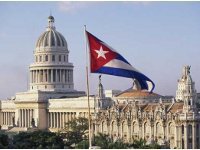 In the leaked document, of over 200 pages, was the full story of the previous work done by the agency in pro-democracy programs in Cuba, and the names of some candidates to receive training, in addition to places where they could be trained.

Taking cognizance of the fact, USAID claimed that nothing bad happened, arguing that the U.S. government never even rated pro-democracy programs in Cuba as confidential and secret: "The USAID Cuba program has nothing classified, we simply execute a discreet way to help ensure the protection of all involved," said Karl Duckworth, a spokesperson for USAID .

But the agency 's own documents highlight safety concerns related to the program: "given the nature of the Cuban regime and the political sensitivity of the USAID program, the agency cannot be held responsible for any loss or inconvenience suffered by individuals traveling to the island with USAID funds," says a contract of the agency.

In September, officials from USAID warned candidates for the $6 million that their requests had been sent to diplomats in Havana by an uncoded line.

In late August, agency officials called the candidates to give the news that all proposals were sent in unencrypted line. In fact, an employee mentioned that the "Government of Cuba has seen all the proposals." Yet no candidate withdrew his application. But after several weeks, each received a rejection letter that made no mention of the error of the agency, but qualified their initiatives as inefficient .

USAID defines itself as an NGO, but it is actually an arm of the White House, which uses its intelligence to obtain information about the countries of Latin America and to influence domestic and foreign policy.

With an annual budget of $1 billion, the agency is to "shape" the societies where it operates and identify the right people to serve its plans. Among its main tasks is still to strengthen U.S. foreign policy under the guise of economic aid, agriculture, health, politics and human rights.