France blocked nuclear deal with Iran for an obvious reason

The French Foreign Minister Fabius wants closer trade ties with the Persian Gulf. Riyadh, Tehran's enemy, bought six French frigates for 1 billion Euros in October. Qatar wants French Rafale fighter jets. And so... the result is a France aiming to increase its presence in the Middle East flexing its muscles. 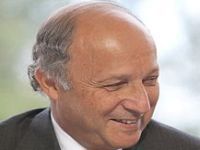 To general surprise, the French Foreign Minister, Laurent Fabius, did not accept to seal the nuclear deal between the group P5 +1 and Iran on Sunday 10 in Geneva. France is a country with veto power of the five permanent members of the UN Security Council, and therefore the next round of negotiations was postponed to the next day 20 of November.

The reason for the surprise? On Saturday 9 there was an agreement, according to the British Foreign Secretary William Hague about to be signed by all present, including the representative of the sixth country, Germany.

Mohammad Javad Zarif, the chancellor of the new Iranian President Hassan Rouhani , had reason to smile. Not since the 1979 Islamic revolution, had the dialogue between Western countries and Iran appeared to have been so decisive.

And particularly between Iran and the United States. For Barack Obama , who has sent his Secretary of State John Kerry to repair fiascos fed by Uncle Sam in the Middle East, an agreement would be, at least for now, a way to prevent a U.S. war against Iran.

More: the agreement with Iran, and then we enter the realm of naïve U.S. optimism, could heal the divisions between Shiite-led Iran and the Sunni, like those of the reactionary Saudi Arabia, an ally of Uncle Sam. In this geopolitical framework - we continue to dream - there would be peace between Shiite Iran supporting the Syrian Alawite leader (Shia sect) Bashar al-Assad and the Saudis who finance civil war in Syria, the Sunni opposition, a bag of wild cats ​​including fundamentalists.

As always, after the unexpected news given by Fabius, the customary diplomatic ballet began. From the chief diplomat of the European Union (EU), Catherine Ashton, we hear: "There has been real progress, but some differences remain."

However, there was fury expressed by Iran. From his Twitter account, the Supreme Leader, Ali Khamenei, anti-American until the election of Rouhani, shot in English: "French officials have been openly hostile against Iran in recent years." The Facebook account of Fabius was flooded with phrases like this: "The wall of the French embassy in Tehran is how many meters?"

In fact, the actions of Fabius come as no surprise. For a start, the ex-premier could not be considered a novice in international politics. France wants to strengthen its political influence in the Persian Gulf. And, by extension, it wants closer trade ties with the region. In October, Saudi Arabia acquired six French frigates for 1 billion euros. In July, the UAE paid 1 billion euros for a French air defense system. And Qatar, ubiquitous in France, would be interested in buying French Rafale fighters .