Saudi Arabia financed the Pakistani nuclear program in exchange for transferring the atomic bomb to the kingdom, argues an investigative BBC journalist. Rumors of such agreements between Riyadh and Islamabad have been circulating for a long time, but who needs to raise this issue now and why? Pravda.Ru attempted to find the answer with the help of experts. 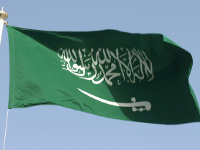 The author of the BBC article Mark Urban has conducted an investigation where he spoke to various sources in NATO and Pakistani intelligence services. "The Pakistanis certainly maintain a certain number of warheads on the basis that if the Saudis were to ask for them at any given time they would immediately be transferred," said one of them. Another source (a senior security official) asked Urban a rhetorical question: "What did we think the Saudis were giving us all that money for? It wasn't charity." The reporter also quoted the statement of a former head of Israeli military intelligence Amos Yadlin, who said in October at a conference in Sweden that if Iran built a nuclear bomb, "the Saudis will not wait one month. They already paid for the bomb, they will go to Pakistan and bring what they need to bring," said Yadlin.

In addition, since 2009 the Kingdom has been repeatedly sending the United States signals that if Tehran crosses the line, Riyadh will be able to get nuclear weapons, said Urban and analyzed whether Saudi Arabia had delivery means for nuclear warheads. He came to the conclusion that it did. It purchased ballistic missile CSS- 2 (DongFeng 3, an analog of the Soviet R- 14 "Chusovaia") in China. An official representative of the Ministry of Foreign Affairs of Pakistan Aizaz Ahmed Chaudhry on November 8 called Urban's report "baseless and mischievous." "Pakistan is a responsible nuclear weapons state with a robust command and control structure and comprehensive export controls. Pakistan supports objectives of non-proliferation as well as nuclear safety and security," said the statement of the Ministry of Foreign Affairs.

However, rumors of the cooperation between the two countries in developing nuclear weapons have been discredited since the 1990s. Pakistani scientist Abdul Qadeer Khan, the father of Pakistan's nuclear bomb, was accused by Western intelligence services of the sale of nuclear know-how and centrifuges for enriching uranium to Libya and North Korea. Back in 2003, after a visit to Pakistan of Saudi Prince Abdullah and his meeting with the then Prime Minister Pervez Musharraf, the media reported that the agreement in this area has been reached.

In the middle of 2000s, after the U.S. invasion of Iraq, the Saudis have expressed their dissatisfaction with the murder of Saddam Hussein and U.S. policy toward Israel and began raising fuss about the Iranian nuclear program. In 2007, the U.S. Embassy in Riyadh demanded from Saudi an explanation on Saudi-Pakistani cooperation in the nuclear field. However, recently we saw the peak of the deterioration of the relations with the U.S. It was associated with the dissatisfaction of Riyadh with Washington's soft position on Syria and its propensity to "flirt" with the new leadership of Iran. A month ago, the head of intelligence and former ambassador to Washington, Prince Bandar, announced that the kingdom would be increasingly distancing itself from the ally.

Against this background, there was a message in the media saying that Riyadh was prepared to compensate Pakistan (that also has significant claims to the U.S.) the American military aid or loans from the World Bank if it is so requested. Pakistan, in particular, is indignant about the fact that U.S. drones kill peaceful civilians at the border with Afghanistan, as well as unauthorized actions of U.S. special forces in Pakistan against terrorists. Think back to the killing of Osama bin Laden that placed the world at the brink of a nuclear war.

In this context of the change of political sympathies, why is this information presented now and who is the author?

"It is not a new story, of course, but Urban came up with some new data points: a Saudi belief that it could obtain nuclear weapons from Pakistan at any time, and reported intelligence that Pakistan has prepared nuclear weapons for delivery to Saudi Arabia," Mark Fitzpatrick, an expert on the issue of nuclear non-proliferation at the State Department who works at the International Institute for Strategic Studies told The Guardian newspaper.

"The first part is probably true: The Saudis helped to finance Pakistan's nuclear weapons program and believe that they were given a promise that the weapons would be used to defend the Saudi kingdom if need be. The second part is probably false: I doubt that Pakistan is ready to send nuclear weapons to Saudi Arabia. Pakistan's reputation suffered greatly the last time they assisted other countries with nuclear weapons technology (i.e., the sales by A.Q. Khan, with some governmental support or at least acquiescence, to North Korea, Iran and Libya). Pakistan knows that transferring nuclear weapons to Saudi Arabia would also incur huge diplomatic and reputational costs. Also, Saudi Arabia has no need today for nuclear weapons. It can wait to see if Iran's program will be stopped through diplomatic means. That said, Saudi Arabia's foreign policy is undergoing some significant shifts, as evidenced by the decision not to accept the UN Security Council seat, so the situation has become more unpredictable. It is conceivable that Saudi Arabia planted some of the evidence for this story as a means of putting pressure on the United States to be firm in dealing with Iran." The Guardian quoted the expert.

"This information can be quite believable, considering the policies recently carried out by Saudi Arabia claiming the absolute power over the entire Islamic world," told Pravda.Ru Sergei Demidenko, an expert of the Institute of Strategic Studies and Analysis. "So far they have partially achieved their goal by extending their influence in the Arab world in the process of the so-called "Arab Spring." But they have a lot more ambitions, and I do not rule out that they may invest in the Pakistani nuclear program. Of course, they are unlikely to get the bomb at the first request, it is rather a journalistic hyperbole, but they may count on the cooperation. Back in the 1990s they had weak attempts to create their own nuclear weapons. At the time they've abandoned the idea because they were not supported by the United States. Now it is quite an independent country, and the United States has fewer opportunities to put pressure on them. I think they might well become arrogant and want their own nuclear bomb. I do not think this is misinformation because they do not control the BBC," said Demidenko.

Saudi Arabia and the United States are the initiators of announcing the Middle East a nuclear-free zone. The Saudis, in addition to Iran, put pressure on Israel in this sense. It is remarkable that the U.S. knows that the kingdom has an agreement with Pakistan to buy nuclear bombs, and the Saudis are trying to get the bomb. What do Iran and Israel have to do? The answer is obvious. Why then this hypocritical fuss about North Korea? The answer is not obvious, but one of the theories is that some can have a bomb, while others cannot, and this is decided by the U.S.