The summit of the Shanghai Cooperation Organization (SCO), a political and economic structure perceived by the West as a strategic rival in the 21 century was held in Bishkek. The meeting confirmed that these fears are not unfounded, considering participation in the summit of such a powerful country as a regional leader Iran. 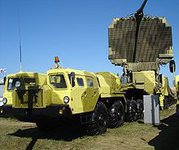 In addition to the permanent members Russia, China, Kyrgyzstan, Uzbekistan, Tajikistan, and Kazakhstan, the summit last Friday was attended by delegations from Iran, Pakistan, India, Afghanistan and Mongolia. These countries participated as observers. India and Pakistan were represented by the Minister of Foreign Affairs and adviser to the president on national security, while other countries were represented by their presidents.

In contrast to the recent G-20 summit, the countries were unanimous on the situation in Syria and did not limit their discussion to the words of "deep concern." The final declaration clearly states the inadmissibility of external, including military, intervention in the affairs of a sovereign state without the UN Security Council authorization. The leaders of the countries stated that the SCO supported the efforts to convene an international conference "Geneva 2"and were hopeful that it would lay the foundation for reconciliation and normalization of the situation in Syria.

Interestingly, on the same day, French President Francois Hollande gathered in Paris Ministers of Foreign Affairs of Saudi Arabia, the United Arab Emirates and Jordan, and agreed with them to strengthen the Syrian opposition in its struggle against the regime of Bashar al-Assad. This coalition, plus Turkey, agreed to provide their military resources to participate in the American intervention. So the "partners," as the Russian leaders like to call them, are not sitting on their hands either.

The participation of the Iranian president Hassan Rouhani in the SCO summit during his first visit abroad after the election is quite remarkable. Iran is the leading political force in the Middle East where it opposes the Wahhabi state of Saudi Arabia supported by the United States. Active involvement of Iran in the SCO strengthens the national security.

With partners like China and Russia, permanent members of the UN Security Council, Tehran can coordinate its actions with them, because today there is only one goal - to avert a military strike against Syria. The SCO also gives a chance to Iran that became an "outcast" for the West the ability to implement a policy of "new regionalism" promoted by Foreign Minister Javad Zarif, Kaveh L. Afrasiabi, an expert on Iran's foreign policy wrote in his article published in Russia Today.

There is a mutual interest here. In the past, Iran has played a constructive role in mediating conflicts in Nagorno-Karabakh and Tajikistan, and can certainly continue to do so, for example, with respect to territorial disputes between the states of Central Asia, Afrasiabi believes. Iran is making significant investments in the economy of the SCO countries (especially Tajikistan). China is tied up with Iranian oil (20 percent of imports), and Russia sees Iran as a potential partner for the purchase of its nuclear power plants (construction of the second plant in Bushehr is already planned). "Russia knows that Iran is our good neighbor. We have a very large volume of cooperation, and it will likely remain so in the future," Vladimir Putin stressed after his meeting with Rouhani. It is important that the President of Russia supports Iran's nuclear program. "We believe that Iran, like any other country, is entitled to the peaceful use of nuclear energy, including enrichment operations," Putin said.

This means that Putin will seek to mitigate the UN sanctions imposed on Iran with support of the then president of Russia Dmitry Medvedev. At the time Medvedev did not support not only Iran but also Libya, Russia's potential ally in the region. Of course, Rouhani and Putin will try to correct the mistake and will agree to supply to Iran S-300 or similar systems that may be the best answer to the launches of U.S. cruise missiles Tomahawk. According to Kommersant newspaper, such policy decision has been made.

In addition, Iran's positive experience in the fight against drug trafficking given the upcoming withdrawal of U.S. troops from Afghanistan is very important for all the countries of the SCO. Iran has a long border with the country and a strong traditional influence in Kabul, supporting forces that do not want the return of the Taliban to power (Shia Hazara and Tajik influential minority). Afghan President Hamid Karzai acknowledged at the summit that his country's army needed the Russian support and appealed to his Russian counterpart Vladimir Putin asking him to continue this support. There is a clear plan to resolve the Afghan problem.

The declaration adopted in Bishkek calls for concerted efforts to fight international terrorism, separatism, extremism, transnational organized crime and to improve the legal framework for cooperation in these areas. As early as this year SCO plans to start cooperation between law enforcement authorities of the member states and observers in this context. Retaining the influence of the block in Syria and joining forces on Afghanistan, the SCO may hope to stabilize the situation in the region. Iran needs to be accepted as a permanent member. Much depends on the position of Russia, whose leadership was afraid to offend the West and had been sitting on two chairs, but the situation has changed dramatically and requires determination.