US to create two major economic unions without Russia and China

By early 2013 a long-term strategic goal of the U.S. foreign policy became clear. The goal is to create two economic unions to confront the growing power of the BRICS member countries and form two large markets under the control of the United States in the Atlantic and Pacific areas without the participation of China and Russia. 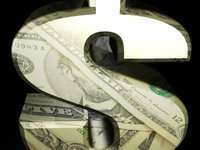 The Trans-Atlantic and Trans-Pacific Partnership aim at creating an "economic" NATO, Transatlantic Free Trade Area (TAFTA) between the United States and the European Union. The defense budget of its member countries amounts to approximately 58 percent of global military spending.

According to the British Prime Minister David Cameron, the effect of the new union will be expressed in the growth of the EU's GDP by $157 billion, the U.S. - $130 billion and the rest of the world - $138 billion. The abolition of the transatlantic tariffs within five years will ensure revenue growth between the U.S. and the EU of over $120 billion. In addition, joining of the U.S. and European markets will determine the need to introduce a new transatlantic currency, which will allow restructuring or eliminating all debts denominated in dollars and euros and moving onto a new stage of economic and monetary expansion.

The outline of the economic agreement in the Pacific version with the participation of traditionally inflexible Japan is not clearly defined, but given the enormous influence of the U.S. in the largest countries of the region and surrounding areas such as Australia, Indonesia, Malaysia, the Philippines and others, it is safe to assume that the degree of integration will be at least as high as TAFTA.

As a result, the World Trade Organization where liberal economists dragged the Russian government, threatening the collapse of many domestic industries and agriculture, will lose the ability to influence and regulate the global financial community.

The U.S. and its formal and informal allies will gain a tangible profit. The fading U.S. economy will get a boost for the development, opening up new markets in Europe and Asia. In the event of adoption of the new currency the U.S. has a real chance to get rid of heavy debts whose value exceeds the annual GDP. Those not satisfied with this order will face convincing explanations from the Navy, Air Force and the U.S. Army as well as the allies.

China and the BRICS locked in the system of their own markets will lose. In the end, Obama will provide stability to the faltering U.S. global domination structure, and with the military and economic potential of the Atlantic and Pacific allies will build, at least by 22nd century, a new geopolitical world model, in which, figuratively speaking, the movement of the sun will be controlled by Washington.

Everything was fine until idealist Snowden, who, explaining what prompted him to make public the facts of the crimes committed by the U.S. authorities, said that since childhood he was raised to be fair, just and respectful of people's rights. This classic set frequently used in the description of the U.S. government, turns out, delivered a serious blow to this country.

It turned out, for example, that the level of espionage intelligence on the territory of West Germany, the largest European power and ally of the United States, is only slightly inferior to the scale of spying on Iran, Pakistan or Afghanistan. A representation of the European Union in New York and its embassy in Washington are also entangled in a dense network of espionage.

All European countries are covered by wiretaps of the National Security Agency, the largest of the classified U.S. intelligence services. Japan also requested clarification on the fact of wiretapping of its embassy in Washington. The presidents and leaders of the European Union who a couple of months ago applauded the prospects for transatlantic integration (excluding the UK premiere) harshly condemned the U.S. and demanded an explanation from the Obama administration.

It is unlikely that these leaders and common voters in Europe were satisfied with the excuses of the fight against terrorism offered by a high-ranking CIA official Vincent Cannistraro.  Diplomats and leaders of the European Union, with all due respect to their ability and moral integrity, do not look like fans or supporters of terrorism. Despite this, no other explanation was provided by the Americans. Secretary of State Kerri frankly stated that the search of the U.S. secret services (i.e., espionage) for data on other countries is normal, and this practice is not unusual.

The Americans are dragging out time, and it is certainly a winning tactic, but only in case that the flow of revelations from Snowden who confirmed that he had thousands of incriminating documents can be stopped. This is why the Sheremetyevo airport area is infested by security, and not only Russian.

In any case, Snowden's revelations led to the fact that the plan to create a Trans-Atlantic area, not to mention the Pacific, is under a threat of a total collapse, of at least suspension. It is unlikely that even pro-American politicians in Europe will take a risk to be proactive in this area. An indefinite delay in the creation of a new economic zone under the control of the United States provides an opportunity to increase economic and military potential of the BRICS countries, primarily China and Russia. While Russia so far is quite sluggish in realizing its potential outside for various reasons, Beijing, no doubt, will be able to take advantage of the situation.