The CIA link to al-Qaeda in Syria

The revelation is shocking, even for the CIA given the recent history of their modus operandi and even after we take into consideration the way the USA and its FUKUS Axis friends have behaved over the last few decades: there is a link between the al-Qaeda terrorists fighting in Syria and the USA's CIA. Worse, the link between al-Qaeda and the CIA. 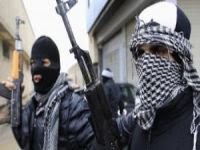 The allegation is made by the former al-Qaeda member Sheikh Nabil Naiim, who has spoken out on a video, claiming that the principal force fighting against President Bashar al-Assad in Syria, Jabhat al-Nusra, the one with strong links to al-Qaeda, is led by a CIA operative, Mohammed al-Jawlani.

Firstly, Sheikh Nabil Naiim should know. After all, he was the historic leader of the Islamist Jihadist movement in Egypt, he was leader of the Safwa al-Qaeda training camp; he met Osama bin Laden and he fought with al-Qaeda leader Ayman al-Zawahiri in Sudan. He was involved in the assassination of Egyptian President Anwar al-Sadat and was imprisoned for a failed assassination attempt against President Hosni Mubarak. After the Mubarak government was ousted, Naiim renounced violence and is now setting the record straight, saying which of his former colleagues in violence and terrorism are on the CIA payroll.

In the video (link below), he states that "I personally believe that the leader of the Nusra Army (Mohammed al-Jawlani), who declared his support for Ayman al-Jawahiri, is a CIA operative in the Al Nusra".

As for Zawahiri, he receives orders from the Americans to make a recording every six months, because he also is a US double agent. Hardly surprising, because who created the Mujaheddin movement in Pakistan and Afghanistan in the 1960s.1980s, to create a Jihadist movement which could be exported into the southern USSR? Why, the answer links in the connection between the Jihadist Madrassah and the CIA and we all know what the Mujaheddin morphed into: the Taleban.

"The USA has been allowing us to fight in Afghanistan for 18 years and have funded and supported us," claims Naiim, who states to those duped into fighting against President al-Assad: "You are fighting the war in Syria on America's behalf. Eventually you will be called terrorists and you will be killed or put in prison just like what happened to us after Afghanistan".

And regarding Syria, he reveals that twenty-nine different FSA fighting groups have sworn allegiance to al-Qaeda, an FSA General recently confirmed that the FSA and al-Nusra are fighting together (as the west has been urging the terrorist groups to do); the CIA has been aiding other Gulf States to send arms to the Syrian rebels (contravening the terms of international law which stipulates clearly that it is illegal to become involved in an internal conflict in a sovereign nation).

He claims that FSA fighting groups are defecting to Jabhat al-Nusra, where they receive promises of good money; many rebel groups have vowed to fight against the United States of America once they have finished in Syria, they have been burning American flags, they have been burning Israeli flags; FSA groups sing songs glorifying al-Qaeda and acclaiming the 9/11 attacks.

And the revelations go on. Now, just who are the FUKUS Axis (France, UK, US) involved with in Syria and why do they continue to associate with groups like this? Surely the sensible thing to do would be to abandon them to their fate, which is to be exterminated as the filth they are, and start respecting international law, instead of siding with terrorists?

"You are fighting the war in Syria on America's behalf"