The issue of secret CIA prisons has resurfaced in Poland again. Waleed Mohammed Bin Attash, a native of Yemen, appears as a victim of the new secret CIA prisons scandal. Amnesty International and the ECHR have already joined the case, while Poland has found itself in a storm of criticism. However, the official Warsaw continues to hold the line and drag out the investigation of the case. 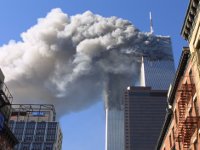 "The Polish trace" of the CIA

As Polish lawyer Mariusz Paplyarchik stated at a press conference, the prosecutor's office in Poland's Krakow received a crime report against Waleed Muhammad bin Attash, a native of Yemen. The crime against Attash was allegedly committed on the territory of Poland.

According to representatives of human rights organizations Amnesty International, the victim was illegally arrested in Pakistan ten years ago - in 2003. Then, in June-September 2003, he was kept in a so-called "secret prison" in Poland. After that, the Yemeni was taken to Romania. Mariusz Paplyarchik said that Waleed Mohammed bin Attash had been tortured and subjected to inappropriate treatment.

During the recent five years, Poland has been investigating the case of secret CIA prisons. It goes about secret facilities, where representatives of the U.S. intelligence, allegedly, kept or continue to keep suspected terrorists. The victims of such secret prisons, according to foreign media and international human rights organizations, were mainly immigrants from countries such as Afghanistan, Pakistan and Iraq.

Naturally, such prisons of U.S. intelligence existed illegally. Such issues as human rights and international law were alien to them.

The investigation is being dragged out?

However, as international human rights activists complain, the Polish authorities and law enforcement agencies delay the investigation of the case in every way. The secret CIA prisons case has been under investigation since 2008 and remains highly classified.

Early last year, the notorious investigation was transferred from Warsaw to Krakow. Saudi Abd Al-Rahman Al-Nasser and Palestinian Abu Zubaydah appear as the victims in the case.

Although human rights activists and observers accuse the authorities of Poland of protracting the investigation of the case, it must be admitted that Poland is the only country in Europe that investigates the case of CIA secret prisons. However, a representative of Amnesty International, Julia Hall, reiterated that international organization was concerned about the slow investigation.

Representatives of the European Court of Human Rights in Strasbourg earlier this year decided to declassify the investigation of activities of U.S. intelligence prisons in Poland. The verdict came after the ECHR considered a report from An-Nasiri regarding red tape and Poland's refusal to provide the necessary documents to law enforcement agencies.

According to Polish media reports, U.S. intelligence agencies, after the arrest of suspected terrorists, had them flown from Afghanistan to a military airfield in Szymany, in the north-east of Poland. From there, the prisoners would be taken to a secret CIA prison, which was allegedly arranged on the territory of a Polish intelligence school in the village of Stare Kleykuty (20 km from the airport). The Poles were not allowed in secret institution of the Americans. Torture and other illegal activities were sanctioned by the authorities.

Secret prisons were created in the name of the "war on terror" following the September 11, 2001 attacks in the U.S. The administration of then-President George W. Bush gave the green light to the creation of CIA prisons around the world. The torture of prisoners was authorized as well.

Representatives of the European Parliament say that the activities of secret CIA prisons involved such countries as the UK, Austria, Poland, Greece, Spain, Ireland, Germany, Portugal, Italy and Sweden. There are also countries that are not members of the European Union: Turkey, Bosnia and Macedonia. According to the foreign press, such "establishments" were created in Romania, Lithuania and other countries. It was even believed that a secret CIA prison was operating in Ukraine.

In secret CIA facilities in the EU, prisoners were kept without either any sanctions or formal charges. No one monitored the actions of U.S. intelligence taken towards the suspects. They could thus torture prisoners as they did in the Abu Ghraib prison in Iraq. Thus, representatives of the Council of Europe found reason to believe that the Polish CIA prison detainees were subjected to "enhanced interrogation", including torture such as waterboarding.

Meanwhile, the Polish prosecutor's office extended the review of the case on secret prisons in the country before October of the current year. Experts point out again that the case is being dragged out. Should the criminal case of "black holes" of the CIA in Poland go to trial, senior politicians of the state may find themselves in the middle of a large scandal. In addition, the investigation of the case may complicate relations between Warsaw and Washington.

According to analysts, the CIA and the U.S. government put pressure on the government of Poland, "recommending" not to bring the investigation to trial. The Polish government and prosecutors deny political interference in the investigation, claiming that they are determined to carry out full and impartial investigation. The Polish authorities also continue to deny the existence of any CIA prisons in the country.