The groundless threats of the regime of Prime Minister Benjamin Netanyahu, have made him a clown like the Egyptian president Anwar al-Sadat, the Israeli newspaper, Haaretz wrote on Monday.

The Yom Kippur War which began on 6 October 1973 was fought primarily by Syria and Egypt, with some other military and financial assistance from many of the other countries which made up the Arab League against Israel.

In attacking Israel, Sadat also hoped to restore to Egypt territory it had lost in 1967.

Central to Sadat's decision to resume conflict with Israel, was the Egyptian desire to regain both Egyptian and other Arab territories previously lost to Israel, most notably the Sinai Peninsula. Before the war, Sadat had been pushing for a wider peace settlement involving complete Israeli withdrawal from all Arab territories;

In 1971, Sadat had attempted to negotiate a peace settlement with the Israelis which he hoped would return the Sinai Peninsula to Egypt, but this came to nothing.  Not only did attempts to conclude a ceasefire with Israel fail, but Sadat became convinced that the Israelis were not interested in peace and instead sought "to retain some of the newly-acquired Arab lands".

Anwar al-Sadat was described as a clown because repeatedly he stated its intention to liberate the Sinai Peninsula while  Netanyahu now argues for stopping Iran's nuclearization. However, both the Egyptian president and the current Prime Minister of the Israeli regime are aware of their inability to prove their claims.

Both came to the same solution: "A limited war with certain objectives, disregarding the diplomatic efforts of the great powers," the paper added.

The author of the article refers to the challenges facing the Israeli premier to carry out an attack on Iran: Iran's nuclear facilities are out of reach and well defended, the U.S. government opposes a military strike against Iran, Israeli security officials could certainly perform such an operation and, in the case of an attack on the Persian country, the Israeli home front will also be the target of a missile attack.

Still, Netanyahu continues to make threats; Netanyahu threats are very similar to those of Anwar al-Sadat before the Yom Kippur war against the Israeli regime (October 6, 1973). In both cases, the superpowers were opposed to the war, but provided weapons to their allies.

The use of energy, according to the author, is another similarity between Netanyahu and Al-Sadat. The Egyptian former president turned to oil as a weapon against Israel and the Netanyahu regime with the support of the West insists on imposing sanctions on Iran's oil sector.

Bibi Netanyahu'''' does not know when to attack Iran and Anwar al-Sadat was hesitant to start the Yom Kippur War, until the afternoon of the day that the event occurred.

Now, after almost 40 years since the Yom Kippur War, the writer advised Netanyahu to discuss the thoughts of Anwar al-Sadat, he could learn many lessons. 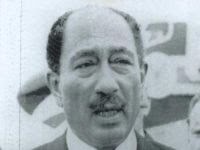