John Kerry, Secretary of State: "Latin America is our back yard"

On Wednesday, the American Secretary of State, John Kerry, called Latin America the "back yard" of the United States.

During a speech before the Foreign Affairs Committee of the House of Representatives, and following the old Monroe Doctrine, regardless of the sovereignty of Latin American countries, Kerry considers these countries as their "back yard" and added that plans are being made to change the attitude of some of these nations.

Likewise, the head of U.S. diplomacy, said that in the near future President Barack Obama will depart for some Latin countries, not even remembering their names, after traveling to Mexico.

"The Western Hemisphere is our back yard (sic), it is of vital importance to us. Too often, many countries in the western hemisphere feel that the United States does not give them enough attention and sometimes this is probably true. We need to be closer and we plan to do it. The President will travel soon to Mexico and then to the south, I cannot remember which countries, but he will go to the region," said John Kerry.

On the other hand, the U.S. representative, referring to the theme of Venezuela, has indicated that they are  willing to recognize the victory of Maduro's election Sunday, and will not demand a recount of votes in this country.

In this sense, the elected president of Venezuela, Nicolás Maduro, addressing the United States, said on Wednesday that "We do not care about their recognition."

The Monroe Doctrine states that if a country on the American tContinent hreatens or endangers the rights or property of U.S. citizens or companies, then Washington will be forced to intervene in the affairs of that country to "reorder" and to restore the rights and heritage of their citizenship and their companies.

After the presidential elections that took place on April 14th in Venezuela, Nicolás Maduro said the CNE president reported that Maduro obtained 50.75% of the vote, compared to 48.97% achieved by Capriles, candidate of the right.

Freedom Daily is a non-profit project, but whose activity generates significant fixed costs in hosting, domains, and maintaining their program. They ask for help to continue the free project and make it grow in content and functionality.

Fortunately,  there is not one stable pro-US regime from the Rio Grande to Tierra del Fuego, and Washington is terrified of the implications.

Even before setting out to impose their will on the peoples of Latin America, one of the first applications of the spirit of the doctrine was the "internal imperialism" against the indigenous peoples of North America, oppressing and obliterating entire civilizations in the country's move westward. Hundreds of thousands of square miles belonging to Mexico were "acquired" as well.

A succession of presidents invoked the Monroe Doctrine in the annexations of Texas, California, Oregon and to fend off European interest in the Yucatan and Mexico, and it was used as the justification for the building a canal in Central America to control shipping and commerce.

Roosevelt's Corollary, in an address to Congress, became an amendment to the Monroe Doctrine which launched the era of the US as an international police force through the use of its infamous "big stick." This opened the bloody history of US involvement on a grand scale, which haunts the peoples of the region and the world to this day.

Though it has gone through many ideological contortions including "dollar diplomacy," the "good neighbor" policy, the "Reagan Doctrine" and most recently, the "Bush Doctrine," the content has remained the same.

The Monroe Doctrine has been used to dominate the cultures, political life, and economics of the Latin America, all the while integrating the labor, natural resources, productive and financial structures into a system of capital accumulation for the benefit of US hegemony. 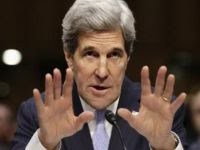