Saudi Arabia's ambassador in Jordan, Fahad bin Abdul Mohsen al-Zaid, admitted that the Saudis residing in Syria are supporting and collaborating with armed terrorist groups in Syria, orchestrated from abroad, to fight against President Bashar al-Assad. 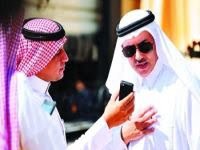 In this regard, the representative of Saudi authorities in Jordan in an interview with the newspaper Al-Hayat, a leading pan-Arab daily reported Monday that since the beginning of the Syrian crisis, some 2,500 Saudis have entered the Arab country.

Therefore, the Saudi said that an unknown number of this group have been arrested and are currently in Syrian prisons.

Al-Zaid also stated that the Saudi Arabian Embassy in Jordan and Lebanon, is trying to free the Saudis found in Syrian prisons.

The Syrian government had warned repeatedly that a large number of foreigners from Arab countries, including Saudi Arabia, are fighting side by side with the gunmen and the opposition to destabilize the country.

The violence in Syria began almost two years ago. The Damascus government maintains that the chaos and terror come from the outside and by certain Western countries.

The armed terrorist groups are fighting a proxy war for the big powers in Ankara, Riyadh, Washington and Doha. They have a sseemingly endless supply of men and arms.  Insurgents generally do not respect any law in war. They are criminals by definition. They kill, torture, and terrorize the population.  Saudi Arabia has dispatched to Syria a large number of dangerous criminals, including murderers and prisoners sentenced to death to take part in terrorist activities against the supporters of President Assad and ordinary citizens. There is footage of Sudanese, Yemeni and Saudi criminals beheading the Syrian people and committing other atrocities.

For Saudi Arabia, this has a highly practical benefit. They get rid of their hardcore criminals somewhere far away.  The "enemy" civilian population in Syria is horrified by the news that brutal murderers and rapists are on the way to their homes. Nobody in Saudi Arabia cares when they are killed or captured by the Syrian army. The results are that Syrian civilians and soldiers are being brutally massacred, beheaded and tortured.  And the maggots the west have the audacity to claim that President Assad is "killing his own people."  Indeed.