Remembering the heroes of Sandy Hook

Friday December 14 is a benchmark branded indelibly on the collective conscience of humankind and destiny dictates that it shall remain so for many centuries to come. It was a terrible moment but one whose heroes also provide a shining light: they have shown us all the common values coursing through the veins of Humanity. 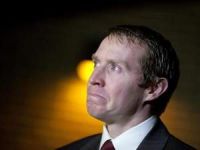 Destiny also dictated that twenty innocent children and six adults were to become heroes that day, standing defenceless yet dignified, against an unbalanced young man sporting his mother's automatic weapons on a demented shooting spree for reasons known only to himself, also a victim of his own making but no hero.

The heroes are the twelve boys and eight girls, between six and seven years of age and the six adults who performed acts of extreme bravery to protect the children placed in their care, the heroes are their loved ones, their families who are this Christmas season trying to reach the dawn through the worst nightmare that can befall a parent.

It matters not whether they were Americans or British or Hispanic or Jewish or Moslems or Catholics or Episcopalians, it matters not whether they were brown or pink or white or black. The victims of December 14, individually and collectively, have given humankind a lesson in dignity, just like the early Christians standing up and singing defiantly in the Coliseum when lions and tigers and bears were released against them.

At Sandy Hook, these little warriors and their tutors stood firm, doing the best they could and making the most of their utter defencelessness as some deranged loner with mental health issues, access to automatic weapons and an addiction to computer games crossed the line into insanity. They could not possibly escape but they gave their lives and created a cause.

And the cause they created, unknowingly, is our legacy to continue and to nurture and to try to make sure their flame is kindled not just for a few years, but forever. This legacy is the statement made by the murder and passing on of these 26 victims, namely, and firstly, the birthright of all individuals everywhere to the same conditions: the right to grow up in safety in a caring environment, free from violation of their physical integrity; secondly, the right to an education and to a job and thirdly, to decent housing conditions and easy access to utilities.

This is not a political statement, it is a statement which makes increasing (common) sense from the first of three levels.

Let the lives of these 26 heroes be remembered as a shining beacon above this quest and let humankind network and come together celebrating what we have in common and trying to bridge our differences. Those who rule us may or may not be part of this quest, the lobbies that control them are almost certainly not.

However, the rest of us have to show the courage that was demonstrated by the Heroes of Sandy Hook, standing fast against all odds, like those early Christians against the lions in the Coliseum. The horror of the incident, which cuts across all cultures and societies and values, makes us all brothers and sisters in this quest.

And as brothers and sisters, let us all stand with the families of the Heroes of Sandy Hook this Christmas Season as they are confronted with the unopened presents around the tree, as they are confronted with the empty space at the table and later, as they enter that bedroom and decide what to do with the clothes and the toys, as they work through the funeral service/Mass and the seventh day and so on...the beginning of a vinculum which will last for as long as they live, a dance between the temptation to cross over the line marked by sanity imposed by a moment of insanity and the need to try to get the train back on the rails and slowly, but surely, pass every station along the way and try to find some semblance of closure.

But Sandy Hook really is not about closure, it is about opening: opening a quest for common human values to shine through, at least among the citizens of the world if not among their leaders, nurturing this togetherness and celebrating together our human values. In this, the victims of Sandy Hook are heroes, not only in Connecticut, not only in the USA but also around the world.

Let us all remember that and embrace those who are suffering, from the bottom of our hearts.