Is Swedish neutrality over?

The Swedish Parliament has revealed its unexpected side. It recognized the genocide of Kurds ("Anfal") and adopted a resolution urging the government to recognize the Saharawi Arab Democratic Republic (SADR), proclaimed by the Polisario Front in 1976, as soon as possible. Is Swedish neutrality over?

Sweden has always been famous for its neutrality in the area of global politics. Lately, Swedish politicians have been increasingly undertaking the role of the judges in the field of human rights, playing complex political parties, leading to international conflicts. Think back to the conflict with Belarus about the "flying bears." Yet, are Swedes really independent in their initiatives? 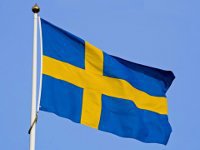 On December 5, Swedish Riksdag adopted two "historic decisions" and suggested its colleagues in the EU to follow suit. The initiative to officially recognize the "Anfal" was originated by the Swedes two years ago, but was not completed at that time. In April of last year a delegation from the Swedish parliament visited Iraqi Kurdistan that is part of Iraq with the rights of broad autonomy. As a result, all 349 members from eight parties encouraged by the "green" voted for the initiative. This is the first such act in the international practice.

"Operation Anfal" was conducted by the Government of Saddam Hussein in 1988. Its official purpose was to clear northern Iraq from Kurdish rebel forces "Peshmerga" ("going to die"). During the raids, the army systematically destroyed entire Kurdish settlements. Between 100 and 180 thousand people died, tens of thousands of Kurds were forced to become refugees or have been forcibly displaced. Thousands of people were arrested, placed in concentration camps and are still considered missing.

Prime Minister of the Iraqi Kurdistan Nechirvan Barzani said that the decision of the Swedish Parliament was a "humane and courageous" step. Barzani told Rudaw newspaper that the decision of the Swedish Parliament showed that the Kurds and Kurdistan were not alone. The Prime Minister also said that the Kurdistan Region was facing a new military aggression by Iraq. Barzani was referring to the confrontation between Erbil and Baghdad after Iraqi Prime Minister Nuri al-Maliki sent newly created federal operational force "Dijla" to the disputed territory, the Kirkuk area. On November 20 there was the first encounter.

The U.S. provided an interesting assessment of the situation. Vice President Joe Biden said that the Office of Homeland Security was convinced that al-Maliki's attempts to impose its military control in Kurdistan were associated with the Iranian and Syrian regimes. He added that the movement of Dijla forces was aimed at undermining the influence of Turkey and the members of the Gulf Cooperation Council with whom Kurdistan dramatically increased contacts in recent years.

Is this the real reason behind the Swedish "initiative"? At the request of Kurdish deputy Jabar Amin, who came to Stockholm, deputies discussed a broader issue - recognition of the international status of the government of Kurdistan. However, this passionate plea was not supported by the Swedish parliament. Rudaw wrote that minimum support was better than none. The second "historic" decision made by Riksdag shocked the authorities of Morocco and pleased the Polisario movement fighting for the independence of Western Sahara. Sweden became the first European Parliament to recognize the right of this country to self-determination.

The Swedish Parliament made this decision after having received information about "looting" of the former Spanish colony, transferred to Morocco and Mauritania in 1975, the Spanish newspaper ElPais reported. A deputy of the Left Party Hans Linde said that this was a historic decision because no one in the EU has done it before. He was joined by a conservative Ulrik Nilsson, who noted that the Swedish government should promote "fair referendum."

"We condemn the statement [of the Swedish Parliament], which is unprecedented in Europe," said Ali Kabir, President of the Foreign Affairs Committee of the Parliament of Morocco. Aline El Kantaoui, a representative of the Polisario Front in Sweden, thanked the Swedes for creating a "historical precedent in the parliament", and expressed hope that this example would be followed by other European countries. "Arab Spring" involved this conflict situation as well.

In late 2010, the indigenous people of Western Sahara protested against the occupation authorities of Morocco. The rallies were violently suppressed, eleven people were killed. The UN called for a referendum for the people of Western Sahara to decide the future of this area, but the Moroccan authorities successfully opposed the initiative. Why? There is strong support from the United States that chose the position of non-interference. On the one hand you cannot but support the King of Morocco, who supported the intervention in Libya, and at the same time you cannot lose the image of "a fighter for human rights."

Spain and Britain on the one hand and France on the other (after successfully selling its interests in Libya) are ready to compete for another tidbit - oil-rich Western Sahara. The former acquired an ally with the legislative and allegedly neutral initiative.

As for the Swedish government, it denied recognition of Western Sahara, as stated by the Swedish Foreign Ministry spokesman Anders Yorle. The Spanish do not lose hope that the issue can be resolved favorably after the return of the Social Democrats to power, a source in the Parliament of Spain told ElPais.