Iran reiterates rejection to creation of a nuclear weapon

In an exclusive interview, Iranian Deputy Foreign Minister, Ali KHaji, denied the U.S. theory that his country is "increasingly isolated" and, in turn, reiterated the rejection of the possible creation of an atomic weapon of mass destruction. "Iran rejects the development of a nuclear bomb," he said.

Although Iran has excellent scientific and technological capabilities, it is against using nuclear energy for destructive purposes.

In an exclusive interview, Iranian Deputy Foreign Minister, Ali KHaji, denied the U.S. theory that his country is "increasingly isolated" and, in turn, reiterated the rejection of the possible creation of an atomic weapon of mass destruction. "Iran rejects the development of a nuclear bomb," he said.

Iranian Deputy Foreign Minister for Latin America and Europe, KHaji Ali, reiterated Tuesday in an interview that the Persian Government rejects the creation of a nuclear weapon that can generate irreparable global harm and that the nuclear project that it develops is for peaceful purposes only.

During a visit to Venezuela to address bilateral issues, the diplomat said that the versions of the west, trying to turn Iran into a "nuclear threat" are nothing more than a media war imposed by the United States (U.S.) to intimidate the Persian nation.

He said that although Iran has excellent scientific and technological capabilities, ii is completely against using nuclear energy for anything other than scientific ends that are far from destructive.

"Our motto is the peaceful use of nuclear energy is for all and the use of the atomic bomb is for nobody.  Any opinion that is spoken against that motto is nothing but false," he said.

He stressed that his country has complied with all regulations imposed by the International Atomic Energy Agency (IAEA), and at the same time he insisted that Iran is the only nation that has allowed the agency more than five thousand days of supervision in which it has "not found any evidence to say that Iran has deviated from the peaceful use of energy."

"Our collaboration was even more than that: we have opened the gates of military bases, that no other country has done (...) now they say they want to go back again, but we are negotiating with the agency to prepare a form for the following inspection, not that we have denied permission to it," he said.

On international topics, Khaji said Iran has "excellent relations" with much of Latin America, and in turn, noted that many of their commercial agreements are with Europe.

With these remarks, the Vice Chancellor dismounted the matrix that is being imposed from the U.S., that Iran is "increasingly isolated," and said that this is another strategy that the imperialist country has held for 35 years, when the Islamic Revolution took shape.

He stressed that before the Revolution, "Iran was a country dominated by the western powers" and now those powers are annoyed because the of the Persian nation's independence and refusal to continue to allow the plunder of its natural resources and its oil.

"The U.S. does two things: one is to implement or perform certain sanctions or financial embargues, which run counter to all international standards, and the other aspect is that they endorse a psychological and media war (...) the west says that with each, Iran is increasingly isolated.  It is a media war that they are developing, rather than a reality," he said.

Khaji also said that his country is already accustomed to such sanctions, but he insisted that although they intensified the embargo, Iran continues evaluating and modifying alternatives and to overcome the injustice and build on the scientific, technological, economic and political fields.

Finally, he mentioned the subject of his country's relations with Israel and said he is aware that the Zionist regime only uses bullying and threats to try to intimidate Iran. But he warned that "if Israel dares to go crazy, it will obtain the right answer," and this will depend on the form of the attack.

"Israel does not have sufficient aptitude or capacity to threaten Iran (...) Iran's response to the Israeli regime will be something they are not capable of withstanding, immense will be the suffering they could have," he concluded. 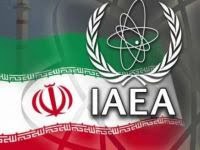