Hungary to turn Europe into piece of China

Hungary, that was one of the first to feel the blow of the global financial crisis, may start trading its own passports. This measure is assumed to help the Hungarian economy that is now on decline. This exotic proposal was made by a group of MPs from the ruling conservative party "Fidesz". According to them, a foreigner who buys government bonds of Hungary worth 250,000 euros or more will be able to count on a residency permit, and in the long term - citizenship. The supporters of the idea believe that there will be those willing to do it because the holders of Hungarian passport can travel freely in Europe, and travel without visas to the USA, Canada, Japan, and Australia. 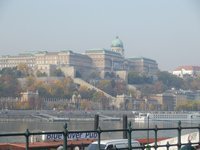 "The Chinese have repeatedly made it clear that we need to create incentives for investment in Hungary. If a person becomes a Hungarian citizen, they will have more opportunities to invest. The condition for preferential consideration (application for citizenship) is the purchase of bonds for 250,000 euros with a five-year maturity. Thus, we can attract capital from the so-called "third world" and help the state to reduce its debt," said one of the authors of the bill Mihaly Babak.

This initiative was met with criticism. A number of members of the House of Commons of the United Kingdom found the proposal of the Hungarian deputies a "shocking abuse" of their EU membership. Other European countries are hardly likely to be enthusiastic about the actions of the Hungarians. Western Europe has enough problems with immigrants from Asia and Africa and does not need a new inflow of people with passports of a country-member of the Schengen area.

Finally, many in Europe do not like the fact that a large part of the buyers of the Hungarian passports will be the Chinese. At the very least, China is often seen as an economic competitor. Today, the Chinese consider the purchase of part of Iceland that is applying for the EU membership. Now the Chinese will be able to turn the country in the center of the continent into a base for further expansion.

This initiative by "Fidesz" members seems quite unexpected. This party has long gained the reputation as moderately nationalistic. The recently enforced Constitution adopted with the support of "Fidesz"  openly refers to the protection of the Hungarian nation and Christian values. This is very contrary to the policy of multiculturalism considered official within the European Union.

It was none other than its long-time leader and current Prime Minister of Hungary Viktor Orban who questioned the territorial integrity of the neighboring countries, encroaching on the results of the First and Second World Wars. He initiated the issuance of Hungarian passports in Romania, the Ukrainian Carpathians, the Serbian Vojvodina, and to a lesser extent, in Slovakia.

However, giving passports to ethnic Hungarians from the neighboring countries is one thing, and giving them to the Chinese and other rich people in Asia and Africa is another. Clearly, the plight of Hungary made the members of "Fidesz" compromise their principles. The situation in the country has been difficult for a few years, and the approval rating of the Prime Minister Orban in the past couple of years has dropped to half of what it was.

Hungary felt the first shock of the global crisis in October of 2008. By that time, the negative effects of the EU membership became apparent. Many plants built during the socialist era were shut down at the request of the EU. A significant part of farmland was abandoned because Brussels did not need Hungarian tomatoes and peppers. Living off unsecured investment is not a long-lasting option. The country was defenseless in the face of the crisis.

The Hungarians were the first to appeal to the International Monetary Fund (IMF) and the European Union for help. The issue was somewhat simplified by the fact that the national currency of the country is the forint, not euro. However, the previous government of Ferenc Gyurcsany and Gordon Bajnai in 2008-2010 was not able to do anything. In mid-2010 Orban took office in Budapest, but there were no improvements.

By the end of last year, the consolidated national debt of Hungary has reached 75 billion euros, or 82 percent of GDP. The authorities had no choice but to ask the EU and IMF for 15-20 billion euro loan. However, in return the EU demanded a change in a number of provisions of the Constitution of Hungary, as well as reduction of social spending. For Orban and his allies this was unacceptable, and the national pride has won.

Now it turns out that the national consciousness, too, has its limits. Unwilling to obey the dictatorship of the European Commission, the Magyars have to look at China. They would have appealed to Russia, but Russia is perceived as a threat to historic Hungary. Arab sheiks are not a solution either as the attitude towards Muslims in the country is ambiguous. The country had no conflicts with China, so why not to try?

However, Hungarians are unlikely to implement their plan. This practice is completely contrary to the EU, and they will be straightened out. In addition, they will be too many others in the country not happy with this idea - from the far-right "Jobbik" party to liberals and socialists who do not want to fight with the EU. The government will have to reform the Hungarian economy and beg for loans. Or, they can wait for another European country to start trading passports, for example, Greece or Portugal.