The film "Innocence of Muslims", made in the United States for the anniversary of the September 11 attacks, has caused an uproar in the Arab world. Iran chose to answer America's challenge without bellicose rhetoric. The Islamic Republic chose a humane method - the Iranian administration decided to boycott the Oscars 2013 award ceremony, to show that there is no place for art left in the West. 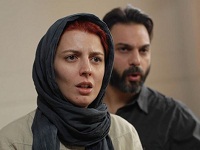 Political battles are gradually shifting from geopolitics into the cultural environment. The West has realized that it will not be that easy to cope with the Arab world, despite the wave of "color revolutions" in North Africa. At first, the West used economic and political sanctions. When the desired effect was not reached (Germany, for example still conducts transactions with the Islamic Republic of Iran through a prominent offshore bank), the American Academy of Motion Pictures decided to give an Oscar award to the restive country.

Last year, Iranian director Asghar Farhadi received an honorary statuette for his film "A Separation." The motion picture was interesting, original and, most importantly, it showed ordinary Westerners, that the Iranians were no different than anyone else. Like everyone else, they love, hate, believe, get frustrated and solve their problems the way they can. One has to admit, though, that it was not Farhadi's talent that earned him an Oscar. The Iranian director received the prestigious award for the loyalty of the Islamic Republic to the West, particularly the United States.

During the award ceremony, the Iranian director delivered an eloquent speech, in which he said that the situation in Iran was the fruit of imagination of the American government and its vassals. After all, everyone has an opportunity to come to his country and see for themselves: it is no different than Turkey, the mysterious and incomprehensible Russia, the peaceful India or any other state of the UN.

Despite the "award" from Washington, Tehran stayed where it was, and that was the time when the American PR revealed all its glory. The Anti-Islamic film "Innocence of Muslims", shot in the United States allegedly on the money from Jewish sponsors, has become another tool to lobby anti-Arab sentiments in the West. On September 14, the Secretariat of the Cooperation Council of Arab Gulf States condemned the film on behalf of the whole Council. The official statement from the Secretary of the Council said that "the creation and demonstration of the film "Innocence of Muslims" was an unacceptable action that could not be justified." "Such films hurt the feelings of both Muslims and non-Muslims, who do not accept the desecration of prophets, world religions and teachings," he added.

However, the secretary also condemned the Salafis' attacks on U.S. embassies that took place in a number of Arab countries: "Our anger and our rejection of the film can in no way justify the attacks, which, in turn, serve the low interests and goals of the filmmakers."

The Muslim world has quite a problem to solve. On the one hand, it has to give a symmetrical answer to the United States that has been playing the game of "international terrorism" for too long. On the other hand, another provocation clearly aims to aggravate the complicated position of the countries where there is still a strong echo of revolution. It was those countries that responded to the film in a very aggressive way. Probably, they may not understand very well the Americans buried the political aspect in the cultural context, in an effort to regain influence in the Middle East. It is obvious that the "democratization" of North Africa did not go well, and anti-Western sentiments started brewing in Libya, Egypt, Yemen, and other countries that got the taste of the Arab Spring.

Iran has found an interesting way out of the situation. Quite simply, Iran decided to fight culture with culture, which, in fact, describes Tehran as a player that can cope with the situation in a foreign field. Culture Minister Mohammad Hosseini announced that the Islamic Republic would boycott the Oscars 2013 ceremony. The official said that his country had declined the nomination of its comedy film "A Sugar Cube."

"In response to the intolerable insult of the great Prophet of Islam, we have decided not to participate in the Academy Awards ceremony. We also ask other Muslim countries to support our protest. This film was shot in America, where the "Oscars" are held," the official said.

Earlier, Iranian President Mahmoud Ahmadinejad said that the film "Innocence of Muslims" abused freedom of speech. "It has little to do with freedom of speech, such things are considered criminal in many countries. I hope that there will come the day when politicians do not try to insult those whom others consider sacred. Moreover, we think that this particular issue should be resolved in a humane manner - bloodshed should be avoided."

Thus, playing up to the West, the Iranian leader has stepped into the cultural part of the confrontation. One may presume that Arabs are much better in the art of public speaking than the officials of the U.S. administration.

It is worthy of note that the Iranians respect their tourists, especially Russians. Tourism is not very well developed in the Islamic Republic in light of recent events, but the people of Iran are very peaceful and hospitable. Everyone of them keeps saying: "Please tell others that there is no horror in Iran, which the West says we have."

The desire to rule the region that is so rich with energy resources is too strong. The U.S. rhetoric used to be subtle, its political moves were expertly-calculated, and its art was beautiful. In modern-day America, there is no place for culture - it was replaced with the game of the Constitution. Nowadays, they use course and clumsy methods on incitement to finally create the perfect atmosphere for further intervention.