Since President Chávez took office in 1999, Venezuela has been transformed very successfully. Illiteracy was abolished, and schools were opened to all strata of society. 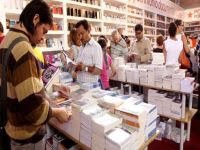 According to the President, education is a "vital aspect" of society in the Bolivarian Republic of Venezuela. Each year, the government is spending big sums on various educational measures in the areas of pre-school, primary and secondary education, as well as on the university level. Each new Bolivarian school costs about 1.800 million Bolivares.

Teachers' salaries were successively raised over the past years. Today, Venezuelan public school teachers earn 700 percent more than they earned 13 years ago. Furthermore, they are entitled to health benefits and transportation vouchers. Female teachers receive pre- and postnatal maternity leaves.

The Bolivarian public schools are cost free for pupils, because the right to free education is guaranteed by the Venezuelan constitution:  "Education is a human right, a fundamental social right. It will be free, democratic, and mandatory. Every person will have access to education, providing equal quality and equal opportunity."

Article 4 of the Venezuelan Education Law states the responsibility of the "Estado Docente" (State as Educator), while article 6 guarantees the equality of all Venezuelan citizens regarding education, including gender equality.

During the 13 years with President Chávez, schools were built in all areas of Venezuela, reaching from the remote communities in the Andes mountains, to the hot and humid Amazonian jungle, where many indigenous tribes are still leading their reclusive lives today.

The great advances in Venezuelan education are not merely governmental propaganda, but have been officially certified on an international level. In 2005, UNESCO affirmed that 95 percent of Venezuelans are literate, qualifying the country as a "territory free of illiteracy."

Another milestone was reached in 2010, when UNESCO released a report on Venezuelan education stating that the number of children enrolled in school has greatly increased since 1999. The 525 page report specifies that Venezuela's EDI grew by 5.1 percent between 1999 and 2007. The EDI measures progress according to access, equality, and quality of education, comparing primary education universally.

The UNESCO report placed Venezuela 59th in a list of 128 countries. Among the top twenty were Norway as number one, followed by Japan as number two. Cuba ranked 14th on the UNESCO list.

The pre-schools in the Bolivarian Republic of Venezuela are called "Simoncitos," where plenty of new little liberators are being formed for the future, in remembrance of El Libertador, Simón Bolívar.

Misión Simoncito tackles early education by providing free day-care and pre-school facilities for youngsters between one and six years.
The public primary schools are all fitted with Canaima mini laptops, called "Canaimitas" (Little Canaimas), in order to introduce Venezuelan children to information technology. The "Canaimita" are especially user-friendly, both in size and durability, with wireless internet access and flash memory instead of a hard drive.

The Canaima computers are made in Portugal and run on the operating system Linux. Their software is designed by Venezuelan engineers at the Ministry of Education and the National Center for Information Technology. This interactive software helps to prepare children in the fields of language, history, mathematics and sciences. In workshops, primary school teachers are acquainted with the use of the laptops for their educational programs.

In 2011, the Bolivarian Government invested 194 million Bolivares in the printing of new textbooks for primary schools, which cover the subjects of language, literature, mathematics, natural science and social science.  Twelve million of these new textbooks were distributed to all primary schools in the entire territory. Of course, they are cost free for all children.

"This is the difference between capitalism and socialism," Hugo Chávez pointed out.  "Now we have the capacity to edit millions of books, we also have the Canaima computers. All these instruments and techniques are necessary to teach our school children."

In mid-September 2012, over four million Venezuelan youngsters went back to their pre-school or primary educational facilities after an extensive summer vacation of two months. The secondary schools opened their doors a week later.

For the little ones, the new school year 2012/2013 began with a "Fiesta Escolar" to celebrate their entrance into this new phase of life. The fiesta was supposed to give them joy and heighten their expectations of success.

"Aprender para el vivir viviendo" (learning how to live one's life) was the motto of the school fiesta, offering cultural, recreative and sportive activities. Parents, teachers and representatives of communities were all invited to participate and assigned specific tasks in preparation of this special day.

The Venezuelan Minister of Education, Maryann Hanson, informed that 27 new schools have been installed for the school year of 2012/2013: seven "Simoncitos," twelve primary and eight secondary schools.

Maryann Hanson proudly announced that repetition and dropout rates in secondary schools have been reduced by 50 percent over the past 13 years, "due to a series of policies the Bolivarian Government implemented in order to guarantee inclusion."  In 1998/1999, dropout rates
stood at 15 percent, repetition rates at 11 percent.

She informed that currently 7.785.711 pupils are enrolled in the public school system of Venezuela on the pre-school, primary and secondary level, furthermore in special and technical schools.

Venezuela's Education Law also regulates access to all public and private universities, granting automatic admission for all secondary school graduates who satisfy the basic grade and behavioral requirements. A diagnostic entry test assesses their interests and strengths, to place them in corresponding university programs.

In 2003, Misión Sucre was created, providing scholarships for public universities that are especially geared to the poor population. To counteract the rather expensive private and autonomous universities, new public Bolivarian universities were founded, for example the Bolivarian University of Venezuela (UBV) in Caracas, a national university cooperating closely with the scholarship program of Misión Sucre.

In Venezuela, the Bolivarian Government subsidizes the printing of books, so that the "territory free of illeracy" might soon turn into a territory full of avid readers. The government-owned publication foundations publish and sell books at incredibly low prices, making them affordable for everyone.

Besides classics of Spanish and Latin American literature, collections of fiction and non-fiction offer books about Venezuelan culture, history and traditions. They are available at the government-run Libreria del Sur book stores and at popular book fairs.

The most exciting of these book fairs is Filven (Venezuelan International Book Festival) in Caracas. School children visit Filven with their teachers, who enjoy the educational programs offered at the fair.
International authors and publishers, students, private people and tourists come to Filven in droves to attend readings, workshops and concerts, or simply browse through some of the thousands of books. There are coffee and arepa stands, too.

Filven is a literary paradise for young and old, a sparkling gem in the crown of the educated, literary Bolivarian Republic of Venezuela.