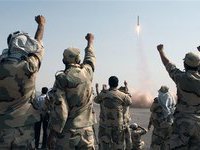 The world community has long been following the development of Iran's nuclear program, fearing that after a while the Islamic Republic will create a nuclear bomb. To which extent are these suspicions and fears justified?

Iran has been conducting nuclear developments for more than 40 years already, since 1967, when the Shah of Iran, Mohammad Reza Pahlavi, received a nuclear reactor from the U.S. The power of the reactor was five megawatts. France and Germany provided technological assistance to the country.

In 1974, Iran acquired four more reactors from France and Germany, and in the following year - four more from Germany. Germany also started working on the production of two units of the nuclear power plant in Bushehr. Iran, with China's help, set up a training and research center and continued mining the uranium ore. In 1992, Iran signed a cooperation agreement on the peaceful use of nuclear energy with Russia. In 1995, Russia signed an agreement with Iran for the  completion of construction of the first unit of the Bushehr nuclear plant. The construction of the Bushehr nuclear power plant started in 1998.

At the beginning of the new millennium, the United States became concerned about the development of Iran's nuclear activities. In 2002, George W. Bush referred to Iran as the so-called "axis of evil," - i.e. the states that sponsor terrorist groups and develop weapons of mass destruction with the intent to pass them on to terrorists. In addition to Iran, the infamous "axis of evil," according to the then-president of the United States, also included Iraq and North Korea. The United States is trying to isolate Iran from the outside world to prevent the appearance of nuclear weapons there. However, the USA meets the resistance from Russia, Britain, Germany and France at this point. These countries had previously signed agreements with Iran for the supply of various types of military equipment and the construction of the Bushehr nuclear power plant.

In 2004, the situation took a turn for the worse as Pakistan announced the transfer of uranium enrichment technology to Iran. Iran refused to admit international observers to several of its nuclear facilities. Afterwards, with the help of Russia, Britain and France, Iran was convinced to sign an agreement in which Iran pledged to use nuclear energy for peaceful purposes only.

In 2005, with the coming of Mahmoud Ahmadinejad to power in Iran, the nation's nuclear research was given an incentive. The country resumed the work of the research center in Isfahan. It was also said that Iran continued the use of nuclear technology in peaceful purposes under the Non-Proliferation Treaty.

In 2009, Iran launched a space satellite into orbit. The United States and the European trio, which includes Russia, France and Britain, again expressed their concerns about Iran's nuclear technology and its possible military use. Iran, meanwhile, continued the missile tests, and announced the construction of a second uranium enrichment plant. In August 2010, Iran began the 20-percent enrichment of uranium at the plant in Natanz.

As of January 1, 2011, according to the Institute for Science and International Security, Iran had 4,922 kilograms of low-enriched uranium hexafluoride. Once enriched to the weapons-grade uranium, this quantity may be enough for four nuclear warheads. In the same year, the IAEA issued a report saying that Iran was developing nuclear weapons.

The tension around the nuclear program of the Islamic Republic of Iran does not reduce. Thus, in February 2012, Iran reported successful works in the nuclear program. In response to this, several countries called for tougher sanctions against Tehran. In March, Israel began discussing the possibility of a missile strike on Iran. According to the Israeli Prime Minister Benjamin Netanyahu, Iran's nuclear program threatens the security of both Israel and the region as a whole.

In May 2012, South Korea, the U.S. and Japan increased pressure on Iran and North Korea, which was also suspected of conducting secret developments of nuclear weapons. Russian officials said that the country would not allow the military solution of the Iranian nuclear issue on the part of the U.S.

The situation around the Iranian nuclear program has been getting more heated. However, are the concerns of the international community about the possible military nature of Iran's technological developments in the nuclear industry justified?

Israel as a country in close proximity to Iran shows the biggest concern about Tehran's nuclear program. Ahmadinejad threatens to wipe Israel off the face of the earth from time to time. Israeli publication The Jerusalem Post in February 2012 quoted the head of Israeli military intelligence, Aviv Kohavi, who said that Iran had the amount of enriched uranium to build four nuclear bombs. According to him, to create full-fledged nuclear weapons, one only needs a willful decision of the supreme religious leader of Iran, Ali Khamenei. Iranian officials, however, have repeatedly stated that its nuclear activities are entirely peaceful. Kohavi doubts that: he accused Tehran of the aspiration to dominate the region.

Probably, Kohavi's words have logic. According to him, Iran has 200,000 missiles aimed at Israel.

Currently there are various international sanctions in effect against Iran. The sanctions were introduced by the U.S., EU, Japan, Canada and Australia. The sanctions, according to the IDF Chief of Staff Benny Gantz, already bring their results. Gantz believes that Iran has not yet come to a final decision whether the country needs to have a nuclear bomb. The Israeli official hopes that rational people in the government of the Islamic Republic will not allow this to happen.

Meanwhile, the countries of the West are convinced that Iran is secretly engaged in military nuclear development. Iran's leaders deny everything, and Mahmoud Ahmadinejad said back in 2009 that Iran did not need nuclear weapons. The Iranian president also said that nuclear weapons were weapons of the previous generation. However, his words did not seem very convincing for Western countries and Israel, which may be the first to experience all possible consequences of Iran's military nuclear technology.

On August 24, negotiations were conducted in Vienna between the IAEA and Iran, which ended without any tangible results. IAEA Deputy Director General  Herman Nackaerts noted that the parties had many obstacles to reach agreements on the Iranian nuclear program.

Meanwhile, Russian Foreign Minister Sergei Lavrov said on August 30 in an interview to Sky News Arabia that one should not attach so much importance to the problem of Iran's nuclear program. The problem, Lavrov said, was not more serious that other problems of the region - the problem of the Palestinian-Israeli conflict, for example. The minister also noted that conducting dialogue and negotiations was the only way to reach a compromise.

Back in May 2012, the head of the Atomic Energy Organization of Iran Fereydoun Abbasi-Davani said that Iran would continue to enrich uranium in the quantities sufficient for the Islamic Republic, despite the protests of the international mediators. It appears that the pace of this work has increased. It was particularly reported that IAEA experts discovered uranium enriched to 27 percent at one of Iran's nuclear facilities, which contradicted to Iran's official promises not to overcome the enrichment limit of 20 percent.

In July of 2012, according to Interfax, Ayatollah Khamenei said that the level of enrichment of uranium for nuclear reactors would reach 56 percent if the international community continued to put pressure on Iran.

Thus, the data from the IAEA and Israeli military intelligence suggest that Iran, to all appearance, possesses the amount of uranium to make a nuclear bomb. Apparently, this quantity, as well as quality, will grow. Most likely, the country is on the verge of developing nuclear weapons. However, it is still unclear whether Iranian leaders make the final decision about the creation of a nuclear bomb.