Poverty returns to Europe by leaps and bounds

The news about the economic situation in the EU reminds frontline reports. Head of Unilever in Western Europe, Ian Zeyderveld, from the pages of the Financial Times Deutschland said that poverty is returning to Europe. The main reason for the increasingly lower income of the residents of the Old World is a full-blown crisis in the euro area that is still far from complete. 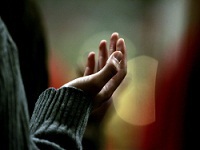 Ian Zeyderveld has proposed a new strategy to remedy the rapidly declining profits of Unilever in Western Europe. He believes that product packaging should be made smaller to reduce its price. It works both in Asia and now in Europe. The Unilever is not alone in changing its marketing strategy in the crisis-stricken European countries.

Head of the Department on International Financial Issues at the Centre for European Economic Research, Professor Michael Schroeder said that the European crisis affects export-oriented producers more than others. As a result, market conditions weaken, unemployment rises, and living standards lower. According to the expert, this situation may last for three to four years. Numerous examples of the fall of the level of European citizens clearly illustrate his words.

In its study, the British Guardian newspaper found that 83 percent of teachers in the UK every day see hungry students. Over half of teachers say that in the last couple of years the number of hungry school children has increased, as many British families are suffering from reduced benefits, unemployment and recession. Almost half of the teachers admitted to feeding starving scholars, one in five even gives them money for lunch. Why is this happening?

The Center of the Modern Family in the UK conducted a study that demonstrated the effects of the fall of wages and cost of living for the Britons, and increased cost of goods and services related to child care. The crisis also hurts young Britons of 18-32 years old - according to the survey, one in five cannot pay their utility bills, and one in eight young resident of England skips lunch for the opportunity to feed their family.

But Britain is not the poorest country in Western Europe. The situation in not so wealthy economies of the region is much worse. The unemployment rate for people aged 16 to 24 years old in Italy is 28 percent, in Greece - 43 percent, and in Spain - 51 percent.

The Greek economy in the past year fell by 6 percent, the recession in the country has been ongoing for five years, and it is projected that this year the economy will fall by another 5 percent. About 20 percent of retail stores were shut down. The number of suicides in Greece over the last 12 months has increased by 40 percent, and the amount of debt of the Greek government, according to the IMF, is 160 percent of GDP.

In June of this year, the public debt of Italy, according to the local central bank, has reached a record $2 trillion euros, which is 123 percent of its GDP. Italian Prime Minister Mario Monti said that Italy does not need financial help from the EU, but only moral support, which is hard to believe.

The second largest economy in Europe after Germany, France, has also suffered from the crisis. According to the Statistics Bureau of France Insee, this is the third stagnant quarter in a row. Stagnation is, of course, not a recession, but the country's government has a lot to think about.

Perhaps one of a few countries that are more or less stable during the financial storms is Germany. According to the National Bureau of Statistics, the growth of the economy of Germany for the year 2012 was 0.5 percent. It had a positive impact on the growth of domestic consumption and export.

However, according to the same survey, there are optimistic countries, whose people consider the situation in their countries more than acceptable. Among them are 83 percent of Swedes, 77 percent of Germans, 66 percent of Austrians and 55 percent of Danes.

According to head of the Scientific Research of Mises Center Yaroslav Romanchuk, now there is a situation where we have two Europes - a happy one (mainly Germany and Scandinavia), and the rest - about 20 countries, and the difference between the two Europes is turning into an abyss. The consequence of this situation is growing nationalism, resentment, and envy.

The crisis also affected most affluent segments of the population of Europe. According to a research by Capgemini and Royal Bank of Canada, the wealth of millionaires not only in the EU, but in the entire world in recent years has declined. The exceptions are, perhaps, only the fat cats in the Middle East. Last year, the total wealth of the world's millionaires fell by 1.7 percent - the first such decline since 2008. The number of the super-rich decreased by 2.5 percent. The report's authors say this is due to the fact that wealthy people abroad often invest their money in low liquidity and high risk assets - such as real estate

However, statistics shows an increase in the number of millionaires in Europe at 1.1 percent due to the fact that the wealthy people of the continent now prefer to invest in foreign assets. The largest number of wealthy people now lives in the Asia-Pacific region.

Chinese business advisor Andy Xie believes that the measures taken by the European leaders to improve the economic situation in the region cannot put an end to the crisis and are not radical and convincing enough. The expert sees the main cause of the crisis in their irresponsibility. The EU countries have broken the rules of their own game in terms of the budget deficits and mired in debt. Endless loans that were handed out in the past, sooner or later, would lead to a crisis.

The European leaders have asked the international community to support their nation, saying that otherwise the global economy will get worse. According to Xie, since Europe is the main trading partner of China, export-oriented Chinese firms are ruined. It is not just China - Europe is the main source of technological and industrial maintenance for Africa, and the crisis in Europe affects the situation in the most negative way.

Germany proposes to introduce austerity measures to cut all kinds of benefits and wages in the troubled areas of Europe, mainly in its south. However, these measures are becoming increasingly more ineffective and unpopular - unemployment is rising, the standard of living is falling, and the positive trend is not visible.

Andy Xie said that the inefficiency of today's economy of Europe is due to its lavish social costs, ineffective trade unions, as well as confusing laws that prevent the development of competition. If the countries of Europe eliminate these obstacles to their development, the situation may markedly improve.

The administration of the U.S. President has sent to Europe the U.S. Treasury representative Lyle Brainard to encourage the governments of several countries in the anti-crisis measures. In particular, it is expected that the Eurozone stabilization funds will be used - about 700 billion euros - to recapitalize banks and provide financial assistance directly to financial companies, not the countries.

All experts agree that Europe has to learn to live within its means and stop giving endless credits and encourage dependency of the poorer EU countries. Only a concerted and deliberate policy of the EU leaders will be able to stop the spread of the crisis and improve the lives of ordinary citizens.