Migrants sick and tired of being rejected in EU

While Russian officials are scratching their heads trying to find ways to finally take control of the flow of migrants from the neighboring countries, their colleagues in Germany are surprised to see the reverse process. A survey of the Turks living in Germany has revealed an interesting trend: nearly half of them want to return home, and some of them do.

Given that Germans faced the problem of mass immigration thirty years before Russia, the current situation is worthy of attention. But will Russia borrow something from the German experience? Let's see.

Berliner Info GmbH together with the Institute of Public Opinion Research Liljeberg Research, whose headquarters are located in the Turkish province of Antalya since 2009, this summer conducted a survey of 1,011 persons of Turkish origin, of which 39 percent were living in Germany for at least 30 years. Social scientists were interested whether the Turks managed to assimilate so much that they began to consider Germany their homeland. Only 15 percent of those were found, and the rest - that is, the vast majority - either have the same warm feelings for both countries, or still remain devoted to their native Turkey. 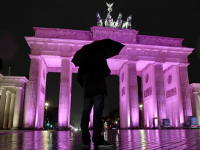 The logical question arises - why emigrate? Most of the "German" Turks respond in the same way: they came to Germany in order to succeed. Incidentally, according to the results of this survey compared to 2009, five percent more believe that it is necessary to properly learn German to be truly successful in the foreign land. If such a conclusion seems more than obvious to you, it does not mean that it is the same for the Turks who have immigrated to Europe. So far, one in ten of them sincerely believe that they can manage even without knowing the language of the host country. This position is not limited to linguistics.

Based just on the latest survey, there has been quite a disturbing trend: although there is a clear progress in terms of integration, the number of visitors who were convinced that the local population should adjust to them is increasing. This is not the opinion of some peevish selfish loners - 87 percent of the respondents-Turks believe that the Germans are not respectful enough towards them and generally need to act in the interests of immigrants.

In recent years, due to the European Union financial crisis, increasingly more Turks are thinking of returning to their homeland. The more so because it is now in a good position: while Germany is torn between the need to help the weak links in the EU and basic self-preservation, Turkey shows moderate, but very strong growth of the economy

According to German newspaper Zeit, many Turks living in Germany call the desire to retire and enjoy a more comfortable than in Germany weather as a reason for the possible return. One in ten admitted that they have failed in an attempt to settle down in a new place, and were tired of general alienation.

Yet, immigrants are not going to change the situation right away. Of the 45 percent of the potential returnees, only five percent plan to retire in Turkey in the next two years, 12 percent stretched this period to ten years. This is explained very simply: over half of the "returnees" are middle-aged, 30 to 49 years old, who have families. It is much more difficult to leave a more or less familiar spot to return to the country that they left with a great difficulty, with good reasons, with children and spouses than alone.

The main cause of discontent among immigrants is a secular German society. Over half of the Turks living in Germany feel the urgent need for the construction of new mosques, and 39 percent of the respondents acknowledge their earnest piety that cannot but alarm the Europeans. However, according to the commercial director of the Institute for Public Opinion Holger Liljeberg, there is no reason to worry about it: most young people are committed to the values ​​of their parents, and do not want mass Islamization.

Most likely, this is true. Here there is the opportunity to draw a parallel between Germany and Russia. First, the word "guest worker" appeared in German in 1960 to enter the Russian language three decades later.

Second, the Turkish government has committed itself to a secular way under Kemal Ataturk in about the same time, when the young Soviet state has emerged. An educated Turk can be compared with a representative of the Soviet intelligentsia from Central Asia. A young man from the former Soviet Asian republic seems closer to a Turk than to a native of a Muslim country where there were no attempts to push Islam out with alien religions or ideologies.

The boring statistical calculations in the article in Zeit is remarkable not because of the report on the percentage, but the general trend. Realities that once were common in the West sooner or later come to Russia. In any case, the point of contention between the indigenous population and newcomers seeking to root still continues to be the language barrier.

Hijab or a crosslet over one's neck will not cause as much negativity in the streets as a foreign language. No wonder that Russians used to call "Germans" not only and not so much the people of Germany but foreigners generally speaking in an incomprehensible dialect. Young Turks are ready to read the Quran in a foreign language. People are divided not by a religion (in Latin this word means "binding"). People are divided by banal misunderstanding.