On Tuesday, Iranian President Mahmoud Ahmadinejad inspected the latest achievements in the defense sector by the Defense Ministry and its attached organizations on Persian Defense Industry Day.

During an official ceremony, the Iranian president, along with the Ministers of Defence, and Communication and Information Technology, Ahmad Vahidi and Reza Taqipur, respectively, have unveiled new products made ​​by the Defense Ministry in fields such as air, missile, sea and electronics.

Improving the fourth generation of the Fateh 110 missile, the marine engine Bonian 4, Armita flying laboratory, the Aras tactical vehicle, Vafa mortar and Shahed radar system are the six new Defense Ministry and its attached organizations achievements which were presented to the public by the Iranian chief executive.

Also, it is foreseen that Ahmadineyad plans to offer a speech after the conclusion of the opening ceremony.

In 2010, the Supreme Leader of the Islamic Revolution, Ayatollah Seyed Ali Khamenei, proclaimed August 21 of each year as Defense Industry Day in Iran, which coincides with the date on which the law creating the Iran Defense Ministry was approved.

In recent years, the Iranian defense sector has born great fruits, to the point that it has achieved defense systems self-reliance.

The Persian authorities have repeatedly assured other countries, particularly its regional neighbors, that its military might poses no threat to them. 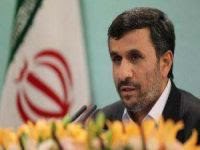