Chavez is more than 30 points ahead of opponent

On Sunday morning (5th), journalist and former Venezuelan Vice President, Jose Vicente Rangel, had two polls that put Chavez ahead of his opponent Henrique Capriles. Rangel's findings were given in his Sunday program on television station, Teven. Rangel presented the data on the same day that Chavez holds a big electoral activity in Valencia, capital of Anzoategui.

According to surveys of IVAD (Venezolano Institute for Data Analysis) and presented by journalist Hinterlaces, Chavez opened an average advantage of 31.4 points ahead of Capriles in voting intentions for the next votong day on October 7, in the Yaracuy, Anzoategui and Cojedes. The three are governed by the PSUV (United Socialist Party of Venezuela), a legend of Chavez.

The inquiries were carried out between the 23rd and 27th of July, with 3,851 respondents. In Yaracuy, the IVAD found 65% declaring for Chávez, while Capriles appeared with 21.8%. Do not know or no answer were given by 13.2% of respondents interviewed.

In Anzoategui, Hinterlaces resolts reveal Chavez has 49%, and 26% prefer Capriles. Do not know or did not answer were 20%. Already in Cojedes, the IVAD found the result that 60% of the population would vote for the current president and 32% would vote for Capriles if the election were held today.

This positive evaluation of the Chavez government, also according to research presented by Vicente Rangel, in all cases exceeded the intention to vote. In Yaracuy 85.5% of respondents consider it positive. The methodology of IVAD considered as "positive" the options: "excellent, good, good work." Another 13.2% consider as average to bad management, bad and worst. Of these, 1.3% did not know or did not answer.

In Anzoategui, positive assessment of government was at 66%, while average and bad was the score of 31% of respondents. Already in Cojedes, 84% of the population evaluates as positive the management of Chavez, while 15% qualify it as bad and very bad.

Also on Sunday, 55 polling stations across the country opened their doors to voters to participate in a simulation scheduled prior to the elections on October 7. In place are the political parties of six presidential candidates, presented for 25 different spots that voters may choose the one that most appeals  to them. The CNE (National Electoral Council) is calling for 226,293 voters, representing 1.2% of Venezuelan voters to participate in the test.

The effectiveness of devices for collecting fingerprints of voters is being evaluated, the performance of touch screens, the receipt printing and conclusion of the vote. In addition, the contingency mechanisms will be tested in case of failure in the system. Everything, according to the CNE, to ensure the electoral process. Venezuela has about 28 million people and 18.9 million voters eligible to vote on October 7. 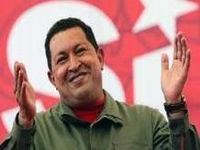