Observers are talking about the changes in the political and economic course of the DPRK. The new leader removed military from the country's leadership and is trying to unleash the reserved officials. Innovation trickled to the cultural life of the country as well. Frivolous to the North Korean standards concerts are now held in Pyongyang and the newspapers added secular news. 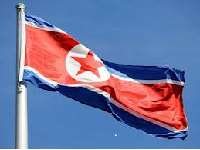 Kim Jong Un, the new leader of North Korea, spoke of the need for the revision of the economic policy. He urged the officials to launch a discussion on options for the economic reforms and not be afraid to discuss the capitalist management techniques. Previously, Kim Jong Un pointed out that many officials keep silent for fear of punishment and do not express their views on the situation in the country. "They do not say anything, even if they have a specific point of view, because they fear criticism for the attempts to introduce capitalist methods," said Kim Jong Un.

But the main problem of the North Korean economy, Kim Jong Un said, is that the country's economy is not based on scientific calculations. In this regard, the leader of North Korea proposed to implement any economic methods that are suitable for use, whether it be the experience of China, Japan or Russia. All areas of the DPRK have been state-controlled for over half a century.

Recently it was reported that the DPRK has organized some special structure that will reform the country's economy (note that all economic issues previously were resolved by the military). An indirect confirmation of this would be the resignation of Lee Yong-ho from his post as Chief of Staff. He was also removed from the Political Bureau of the WPK and the office of the Vice-Chairman of the Military Commission of the party. Lee Yong-ho had a close relationship with Kim Jong Il and was the main opponent of the transfer of the country's economy management to civilian ministers.

According to Reuters agency, the sudden resignation of Lee Yong-ho, the most influential representative of the DPRK's military elite, will be followed by the economic reforms and the removal of the military management from the economy of the country. Under Kim Jong Il the government had no right to vote on economic issues. The economy was completely in the hands of the military, but now the situation seems to be changing. According to the latest news, management of the economy of the country may well go to the civilian government.

The information about the current situation in North Korea's economy will not be published anywhere. However, there is definite information that the country has a catastrophic food shortage. North Korea has repeatedly appealed for help to Zimbabwe and China. Over the past few years North Korea has attempted to implement economic reforms, but none of the reforms succeeded, and, incidentally, have not been completed. For example, in 2009 the North Korean authorities have attempted to reform the monetary system. The result of the monetary reform was the increase in inflation, which led to a shortage of essential commodities.

Despite the appearance of the first signs of a reform, North Korea denies the possibility of change. The representative of the Committee for the unification of Korea called the information that the country is supposedly preparing for serious political and economic reforms "ridiculous". He said that the expectation of North Korea carrying out reforms is similar to a desire to see the sunrise in the west. But, apparently, the DPRK government is not being truthful. There are other indirect signs of a coming "thaw." For example, last week the authorities reported on the marriage of Kim Jong Un. Previously, such events were carefully concealed.

North Korea under the control of Kim Jong Un could follow the path of its neighbor, China. There were significant changes in the DPRK agriculture with the reduction of the size of production units and introduction of elements of family contracts. This is very similar to the initial stage of China's agricultural reform in the late 1970s. Of course, it is still too early to talk about the agricultural reform in the DPRK, rather, it is the forerunner of big changes. Experts explain the changes in the course of the DPRK by the pressure from China. Beijing fears that without economic reforms North Korea's economy may collapse and China would face the influx of refugees. In addition, Beijing could lose an ally against the United States and in the struggle for influence in the region.

Anticipation of the economic reforms is accompanied by a slight weakening of the ideological control. Some of the changes, at first glance, are purely symbolic. First, there was the appearance in public of Kim Jong Un's wife. The second break away from the established tradition was the concert of the "Moran" band held in Pyongyang on the initiative of the young marshal. The concert was an unusual sight: a dozen of pretty girls in frivolous to the North Korean standards clothes sang American pop songs. Mickey Mouse accompanied by Minnie Mouse and Snow White also appeared on stage. This all happened in the country where for many years American popular culture was considered the embodiment of degradation and depravity.

Independent international experts have always been puzzled by North Korea's economic policy. The situation in the country was critical, the lagging behind its neighbors was catastrophic, and the leadership of the country behaved as if there were no problems. There was also an obvious method of solving problems - the reform in Vietnamese or Chinese style. However, the DPRK leadership ran away from everything.

This persistence, at first glance, looked foolish, but Kim Jong Il had a very serious reason to fear the reforms. Most of all, Kim Jong Il was well aware that the reforms were the best way to bring the country out of a long crisis. But he understood something else: Korea, unlike China, was a divided country, with a huge economic gap between its two parts. Therefore, the reform could be a very risky activity.

The North Korean leader feared that the Chinese model of reform will lead to a weakening of control over the population. After all, there would be the inevitable consequences of the dissemination of information about the external world, in particular, South Korea. The people of North Korea could doubt the legitimacy of power. Then the result of the reforms may not be economic prosperity but a political crisis.

But nothing lasts forever. After the death of Kim Jong Il his youngest son Kim Jong Un took the reign. He was about thirty years old and had neither a team, nor political experience. Under such circumstances, one could assume that an inexperienced young leader at first will rule carefully, listening to the advice of his elders. Since these elders are the very people who determined the policy of the country under his father, it would be logical not to expect much change in the first few years. But it seems that Kim Jong Un does not share the fears of his father and his team and is going to drastically change the political course.

The first steps have been made. Chief of Staff Marshal Lee Yong-ho, who actively opposed the economic reforms of the young leader, was removed from the office. Kim Jong Un also took control over the sale of minerals from the military, depriving them of foreign currency inflows. Thus the young marshal wants to improve the economic condition of the country, thereby limiting the degree of influence of the military leadership. He also created a special Politburo in the Cabinet responsible for carrying out reforms. The reforms will be implemented by a group of experts from the Labor Party.

Will Kim Jong Un be able to overcome the resistance of the old guard and begin the process of real reform? If so, will he retain control over reforming the country? Will he be a great reformer like Deng Xiaoping or Gorbachev, who was able to begin the reforms but lost control of the situation and the entire state?