The Minister of Public Health for Syria, Wael Al-Halaki, reported that the armed opposition has destroyed important resources for medical care to the population.

During a meeting here with the representative of the World Health Organization (WHO), Elizabeth Hoff, the Syrian director said 35 hospitals, 143 health centers and 277 ambulances have been destroyed by irregular groups in different parts of the country.

He added that the Government rehabilitated some departments of emergency medical services in 25 hospitals to attend to the victims of the aggression of mercenary groups.

During the conversation with the representative of WHO, Al-Halaki discussed aspects of joint cooperation and aid the world organization can provide to meet the health needs due to terrorist attacks carried out against this industry and the economic blockade imposed on the same.

Moreover, the emergence of epidemics in the country was denied, considering that these rumors are part of the media war unleashed against Syria.

Recently, Al-Halaki noted that new agreements with Iran will help to break the economic blockade imposed by European countries and the United States against Syria, which also affects the health sector, especially the purchase of medicines. 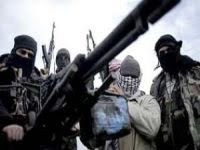