Republicans will cut aid to poor

The Republican Party has confirmed that it will cut out millions of dollars from the federal plan to help low-income families if they win the November election and get the presidency or control of the Senate of the United States.

Supporters of presidential candidate Mitt Romney went forth to submit an amendment to remove nearly two billion dollars from Medicaid over the next decade, beginning in January 2013.

If the Republican proposal materializes, it would be the biggest blow to the program created by Lyndon Johnson half a century ago, which costs 400 billion dollars annually and currently assists almost 70 million Americans.

"If we win in four months, there will be no excuses," announced Congressman Jim Jordan, Ohio, a conservative activist who disapproves of Medicaid with the argument that it increases government spending and fosters bureaucracy and corruption.

Romney, Jordan and other important figures of the political opposition were encouraged by a recent decision of the Supreme Court that limited social prerogatives of national health reform, concluded by Obama in 2010.

The Republican governor of Virginia, Bob McDonnell, has proposed that states - outside the control of Washington - manage the implementation of Medicaid with more effective and pragmatic criteria for implementation, with the goal of saving money for the government.

A study by the Department of Agriculture.has confirmed the number of people receiving food stamps in the United States increased by 45% between 2009 and 2012.

Despite some good news in the general industrial landscape, the U.S. macroeconomy continues with 12 million unemployed and more than 40 million low-income households.

Since late 2007, nearly four million Americans lost their homes, unable to make their mortgage payment, and approximately 1.6 million children were, at some point, living in the street, with a quality of life near poverty level. 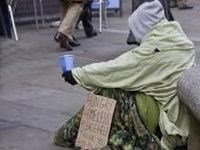