U.S. naval forces deployed in the Persian Gulf are vulnerable to the military power of the Islamic Republic of Iran, as stated by the university professor and political analyst, Seyed Mohammad Marandi.

In an interview Sunday on the Iranian network, Press TV in English, Marandi said: "The U.S. Navy is very vulnerable to Iran's missile defense system, which has very advanced land and naval capabilities, and could react quickly, using them against any attack by U.S. forces."

The Persian analyst made these statements after the Israeli daily Haaretz announced that National Security Adviser of the U.S., Tom Donilon, had informed the Israeli regime on the "contingency plans" in Washington for a possible attack against Iran. According to the document, Donilon told the plan to Israeli Prime Minister, Benjamin Netanyahu, during his visit to Tel Aviv two weeks ago.

Similarly, Marandi criticized the war rhetoric against Iran in Washington.  He said that the continued U.S. threats, "will create a hostile environment in Iran against the United States."

Meanwhile, the Iranian political analyst warned of the consequences of a possible military offensive against Iran, arguing that "in case of any conflict with the Persian country, the price of oil will actually reach the clouds, and the western countries are the first to be harmed and no doubt the international community would blame the U.S. for the aggression."

He added that Washington "knows very well that Iranian military deterrence is very powerful, very unlike what is usually shown in western media. Clearly, Americans have taken very seriously the Iranian military threat against its military forces deployed in the Persian Gulf region."

On a recent visit to the occupied Palestinian territories, the U.S. Republican presidential hopeful, Mitt Romney, said Sunday he would give support to the Israeli regime if it decided to launch a unilateral attack against the nuclear facilities in the Islamic Republic of Iran.

On the other hand, U.S. security adviser, Tom Donilon, has informed the Israeli regime that they can only attack Iran if talks between Tehran and the Group 5 +1 (U.S., France, China, United Kingdom, Russia and Germany) reach a dead end.

Washington and the Tel Aviv regime have threatened Iran on repeated occasions, to conduct a military option to stop Tehran's nuclear program for praceful civilian purposes.

Tehran strongly denies the allegations and threats of the west over nuclear weapons development and ensures that they will not hesitate to respond to any military aggression against its territory. 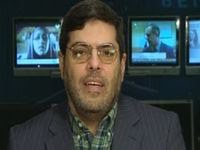