On Wednesday (11th), the Foreign Minister of Iran, Ali Akbar Salehi called on the UN to set up an investigating committee to clarify the fate of their country's four diplomats who were kidnapped in Lebanon 30 years ago. 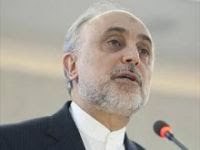 "Once again, I would ask the UN Secretary General, Ban Ki-moon, that this organization takes a more active role in this regard," Salehi said in reference to the public servants kidnapped in Lebanon by an armed group backed by Israel.

On July 4, 1982, the Iranian diplomats Ahmad Motevaselian, Seyyed Mohsen Mousavi, Taqi Rastegar Moqaddam and Kazem Akhavan disappeared after being assaulted by unknown persons during an inspection at a military post in northern Lebanon.

On this matter, the Foreign Minister called for the creation of a joint international committee to investigate and determine the fate of the hostages, at the same time he asked the General Secretariat of the International Committee of the Red Cross that "to consider pieces of evidence."

In the opinion of Tehran, this evidence is indicative that the four Iranians are alive and are being held hostage by Israel, hence they  urged international agencies to take the necessary measures to have them released.

"Undoubtedly, the report of the Zionist regime in 2008 on the Iranian diplomats did not reduce the responsibility" of Israel, Salehi  indicated.  He then added to the contents of this document the confirmed ties of Tel Aviv with the criminals.

The latest news of the victims was in June 2008, when the Lebanese Shiite Hizbullah (Party of God) resistance movement received a report, according to which the diplomats were still alive and imprisoned in Israeli jails.