"A rock,
Breathing with the lungs of a lunatic,
That is it,
This is the twentieth century." (A Mirror for the Twentieth Century: Adonis - Ali Ahmad Said, 1930 - :)

Recently a contradictory, but in important areas, remarkably sunny opinion poll on "progress" in Iraq, conducted in April, was released. (i)

It was, it has to be said, a divide and rule sort of survey as it split respondents in to Shia, Sunni, Kurdish - the Shia, obviously were largely supportive of Prime Minister Nuri al Maliki, from the Iranian backed Dawa Party.

However, for those in the west wishing a phoenix to rise from Iraq's ashes - the illegal invasion, occupation, destruction, resultant mass graves of maybe one and a half million beings, the million orphans, the over four million displaced, the unimaginable, near industrial scale, often daily carnage, nearly a decade on  - incredibly, things are looking up.

Around half the respondents thought Iraq was going in the right direction and that Nuri al Maliki was OK at the steering wheel. (Don't mention torture, secret prisons, hasty swathes of executions and a largely more than questionable judiciary.)

Near three-quarters of those polled said, "it...was more important to have a strong leader to keep Iraq stable, even if it meant giving up some freedoms."

Arguably, then they would have done better with President Saddam Hussein. He even managed to keep the lights and water on for longer, the streets safe and grenade and car bomb free (with the exception of the occasional car bombs, allegedly courtesy of CIA-backed, former post-invasion, interim, allegedly British passport holding  "Prime Minister" Iyad Allawi's Iraq National Accord's handiwork.)

Seemingly, if an election were held immediately, al Maliki's Dawa Party would be a popular choice. An unasked question was whether that would be because of the cited fraud, death threats, confiscation of the life-line ration cards until people voted the "right way," as in previous "free and fair" post-invasion elections.

In questions on key issues, fifty-nine percent opined that security had improved and - fifty percent that basic services had. Both starkly contradict reality.

Here is the current British Foreign and Commonwealth overview on security in Iraq (ii):

"We advise against all but essential travel to the whole of Iraq ... terrorists and insurgents maintain the ability to conduct attacks throughout Iraq, including regular attacks in Baghdad, Basra, Mosul and Kirkuk. Major attacks within the last six months include:

•   On 13 June 2012, a series of car bombs detonated across Iraq, including Hilla, Kirkuk, Karbala and 8 bombs in Baghdad, killing over 80 people and injuring nearly 300.

•   On 20 March 2012, a series of car bombs detonated across Iraq, including in Hilla, Kirkuk, Karbala, and Baghdad, killing at least 40 people and injuring more than 100.

•   On 4 March 2012, gunmen attacked police checkpoints around the town of Haditha in Anbar province, Western Iraq, 27 policemen, including two senior commanders, were killed and several others wounded. Al Qaeda-Iraq claimed responsibility for the attacks.

•   On 23 February 2012, a series of coordinated attacks across Iraq, including in Baghdad, Salah al-Din, Kirkuk, Anbar and Babil, killed at least 50 people and injured hundreds more.

•   On 27 January 2012, a suspected car bomb attack in the Zafaraniya district of Baghdad killed and injured a large number of people.

•   On 24 January 2012, a number of suspected car bomb attacks in the Sadr City area of Baghdad killed several people and injured many more.

•   On 5 January 2012, 45 pilgrims died in a suicide attack in Nasiriya and 27 people died as a result of bombings in the Sadr City and the Kadhimiya areas of Baghdad. More than 130 people were reported wounded in these attacks.

•   On 22 December 2011, a series of co-ordinated bomb attacks in Baghdad killed and injured a large number of people.

•   On 5 December 2011, bomb attacks against Shi'a pilgrims marking Ashura in al-Hilla and Baghdad killed and injured over 70 people.

•   On 28 November 2011 in the Baghdad international zone, a car exploded near the Council of Representatives VIP entrance which killed one person and injured several others.

•   On 26 November 2011 in Baghdad, three improvised explosive devices in Rusafa district killed 8 and injured 13, and an attack on the Abu Ghaib-Fallujah road to the west of Baghdad killed 7 and injured 28.

Furthermore, foreigners in Iraq are, " ... high value targets to terrorists, insurgents and criminals who conduct frequent and widespread lethal attacks ..."

Their web page is clearly not updated regularly.

In 2011, Iraq had the second highest death toll in the world for deaths resulting from terrorism, just behind liberated Afghanistan which topped the list, according to a US study .(v)

The US State Department warns U.S. citizens "against all but essential travel to Iraq given the dangerous security situation. Civilian air and road travel within Iraq remains dangerous. (There are) ongoing security concerns for U.S. citizens in Iraq, including kidnapping and terrorist violence."

Threats of attack throughout Iraq continue, including in the super fortified Baghdad International Zone.

So who conducted a survey painting such an optimistic picture? (Though even the most committed fantasist has had trouble in some areas.)

None other than the National Democratic Institute (NDI), whose "Chairman" (sic) is Madeleine K. Albright, former US Secretary of State and who, as former US Ambassador to the UN, thought the price of the lives of half a million Iraqi children was a "price ... worth it."

The NDI has even, "established the Madeleine K. Albright Grant, to recognize the contribution she has made in ... improving the lives of women across the globe." (vii)

Tell that to the mothers of her child sacrifices across Iraq.

The Institute describes itself as "a nonprofit, nonpartisan organization working to support and strengthen democratic institutions worldwide through citizen participation, openness and accountability in government."

For a "nonpartisan" open and accountable Institute, their supporters (viii) include a remarkable array of governments, arguably partisan Foundations and multi-lateral institutions. For a "non-profit" it seems eye wateringly well financially backed.

Earlier this year, NDI employees in Egypt were accused of being spies and working to destabilize Egypt, with the authorities placing a travel ban on them and others connected with a case which is ongoing.

An illuminating insight (ix) is that, "NDI began working with reform-minded Iraqi politicians in 1999, and established an in-country presence throughout Iraq in June 2003."  (Thus "in-country" a month after George W. Bush declared "Mission Accomplished.")

Since the US had no diplomatic or any other presence in Iraq since, as the British, they fled ahead of the  missiles and bunker busters of Desert Storm in 1991, an educated guess would be that they were working with the likes of "reform minded" foreign passport holders such as convicted embezzler and CIA funded beneficiaries Ahmed Chalabi, Iyad Allawi and their ilk.

The link above has a helpful "Select a Country" facility for the NDI's  other areas of operation. To paraphrase William Blum: No oil, mineral  producing or strategically useful country too small, too far away not to be apparently reform-mindedly involved in.

The heartening survey on Iraq's  progress since its 2003 destruction, was carried out by Greenberg, Quinlan Rosner Research. (x) Their website makes further enlightening reading.

Stanley B. Greenberg, Chairman and CEO "has served as polling advisor to presidents and prime ministers, CEOs ... in the US and around the world, including President Bill Clinton and Vice President Al Gore, British Prime Minister Tony Blair, President Nelson Mandela, as well as the national leaders in Israel, Europe and Latin America."

Greenberg's corporate clients include Boeing, Microsoft and other global companies.

Also, in 1999, Greenberg co-founded Democracy Corps, an organization, "born out of outrage over the impeachment of President Clinton ...  the leading organization providing in-depth research and strategic advice to progressive groups, candidates and leaders."

When Karl Rove listed in the Wall Street Journal ten steps to regain the Republican majority, step one was to create a Democracy Corps."

When Greenberg's (clearly non-partisan book) "Dispatches from the War Room: In the Trenches with Five Extraordinary Leaders," was published, George Stephanopoulos concluded, "No single strategist has done more to lay the foundation for modern progressive politics - across the globe."

Stanley Greenberg "conducts polls for the Israel Project in the US, Europe and the Arab world ..."

"The New Yorker reported Ehud Barak's victory in 1999 as ... just another Greenberg client taking his place as the head of state."

Apart from 1999 clearly being an auspicious year for the forward march of US manipulation of the aspirations of other far away countries, careful reading of the background to the optimistic Iraq poll is dazzlingly illuminating in a far wider context. 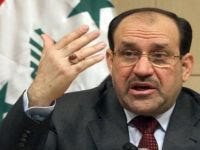