The representatives, of the Bolivarian Alternative for the Peoples of Our Americas (ALBA), before the United Nations Human Rights Council, rejected the draft resolution being discussed in the extraordinary session convened this Friday. 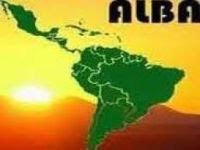 ALBA countries reject the draft resolution against Syria at the UN

"The project resolution reflects the claims of those interfering in the internal affairs of Syria, without contributing to dialogue or the search for peace," the representative, on behalf of the Governments of Bolivia, Cuba, Ecuador, Nicaragua and Venezuela was quoted as stating.

During their participation in the session, ALBA said the project "lacks balance and sets a negative precedent for genuine cooperation on human rights that should underpin the work of this Council."

The ALBA countries expressed that they do not share that "regrettable acts are committed, and under the supposed pretext of protecting of human life, and are the pretext for foreign intervention. We make an urgent call for the immediate cessation of violence by all parties in Syria."

"We reiterate our solidarity with the Syrian government and people in this difficult situation they face. We are concerned that it is happening again, the same procedure applied for interference by foreign powers in Libya are beibg repeated," they remarked.

Moreover, they expressed concern "over the loss of innocent lives anywhere in the world and strongly condemn the murder of over 100 people (in Houla), mostly women and children."

In this sense, ALBA's statement urges the start of "an exhaustive investigation of these crimes and it requires that the perpetrators are brought to justice."

"We appreciate the steps the government of Syria is taking in its attention to the legitimate demands of those who express them peacefully (...) and the program of reforms carried out, besides their willingness to implement the peace plan of Kofi Annan," ALBA confirmed.

They also expressed their confidence in the Syrian people to solve their problems without foreign interference "which would cause serious consequences for world peace, especially in the Middle East region."

"We reiterate the importance of respecting the sovereignty, territorial integrity and self-determination that the Syrian people are entitled to," said the text.

The UN issued a condemnation of the Government of Bashar al-Assad and a complaint to the Security Council "to consider referring the case to the International Criminal Court (ICC)."

Kang added that the international community "must put its full weight behind the peace plan" of Kofi Annan, because "otherwise the situation in Syria can deteriorate into a conflict and put in grave danger the country's future, as well as the entire region."