It is an open secret that the USA, or the US-led policy, to be more precise, has been earning the reputation of the "world gendarme" even though this term appeared first in the Russian Empire, during the reign of Nicholas I. There is every reason to believe that one of the oldest democracies in the world is playing up to those who play havoc. 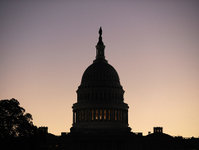 Western democracies borrowed a lot from dictatorships. Having become the superpower after the two world wars, the United States was especially distinctive at this point. The country combined the political concepts of its former metropolis and the brainwashing experience practiced by the totalitarian regimes of Europe and Asia.

The UK, like magnet, has always been attracting genuine and artificial victims of various regimes. The UK gave shelter to world-famous writers, such as Voltaire and Herzen, political and religious dissidents, thieves and fraudsters like Russia's oligarch in disgrace Boris Berezovsky and even terrorists like Akhmed Zakayev.

As for the things borrowed from dictators, one may receive an impression about it from the videos that show how US kids honor their presidents. Those who saw the archived footage of congratulations and little girls holding bouquets of flowers and sitting on Stalin's and Hitler's lap can understand where something is coming from.

In accordance with the political anatomy of the United States, something comes from the White House and the State Department. Chinese human rights activist Chen Guangcheng escaped from house arrest at the end of April. Having reached Beijing, he received shelter at the US Embassy. Prior to Hillary Clinton's visit to China, Chinese officials publicly asked Washington not to interfere in the matter.

A bit later, Guangcheng asked the Chinese administration to arrange his study trip to the USA. After the Chinese government promised Guangcheng to send him abroad to study, the political activist started worrying about his relatives that were going to stay in China. Judging by the recent news reports, the man is to study at the law department of the New York University.

In the beginning of May, the US State Department urged the Turkmen administration to release two prisoners - Annagurban Amanklychev and Sapardury Khajiyev. The two men - journalists and human rights activists - found themselves in prison after they took part in the preparation of the documentary that criticized then-President of Turkmenistan Saparmurat Niyazov. The Turkmen authorities do not rush to follow the recommendation. They realize that everyone knows the addresses of US embassies without the Yellow Pages.

Just try to imagine: Pravda.Ru starts to insult the government of the USA, China, Turkmenistan, etc. The publication would have to go on trial for that. However, we have one single country that protects those who rock political situation in their own states. The USA gets away with it well. Is there an international tribunal that could consider such lawsuits?

It is clear that human rights activists approve of such manners. However, they are obviously not going to like it if their political adversaries are granted shelter. We have paradox in this case. Human rights activists can not be referred to as advocates of human rights, just because they advocate only their own rights, rather than absolute right.