The colony of Europe submits to the will of Washington 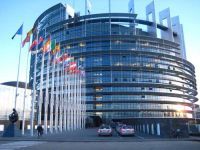 The European Parliament approved a new agreement for the transfer of personal data to U.S. authorities. The agreement on passenger data files (so-called PNR: Passenger Name Record) fixed the legal conditions. It addresses, in particular, the retention period for this data, ensuring protection of that relating to European passengers, and the use that is possible, as well as of administrative and legal resources.

The agreement replaces one, provisionally, of 2007.  For almost ten years, this issue has regularly been discussed by Brussels and Washington. The control of personal data was initially claimed by the United States, advancing systematically with the attacks of September 11, to justify its determination to terminate this Agreement.

The first of its kind entered into force in 2003, before being invalidated by the European Court of Justice on May 30, 2006. A second PNR was signed then, almost along with the previous one, in July 2007 ... before giving way to its successor that the euro-deputies approved last Thursday (April 19) by 409 votes in favor, 226 against and 33 abstentions.

A significant minority of deputies voted against the agreement: their fears are mainly related to data retention. The rapporteur, Sophie In't Veld, placed herself in front of the "field of opposition," threatening to submit the agreement to the European Court of Justice.

Shortly before the vote, the commissioner of internal affairs, Cecilia Malmström, admitted that "the agreement was not 100% perfect," but that "negotiations with a view to reaching an agreement with Washington in any case are not an option."

It is clear: the United States orders, the European colony obeys.  Sophie In't Veld, known for her fiery proposals denouncing the subjection to Uncle Sam, urged her colleagues to vote as a bloc against this agreement.

"I ask you if other countries were beating at our door to know what they seek ... China, Cuba, Russia, would we be ready to give them our data as we are about to do with the United States?" questioned the Dutch Euro-deputy. Undeterred on this track, she accuses the Strasbourg assembly of being directly in the service of Washington: "The European Parliament believes that transatlantic relations are more important than the rights of European citizens."

The new device approved by the European Assembly provides, in effect, that U.S. authorities will retain PNR data in a database active during a period of five years. After the first six months, all information that could be used to identify a passenger would be "depersonalized," which means that data such as passenger names and their location should be hidden.

After the first five years, data will be transferred to an "inactive" database for a maximum period of ten years. Finally, the agreement provides that data should be made completely "anonymous," meaning that all data allowing a passenger to be identified should have completely disappeared, except for those tied to "specific cases" that will be stored in a PNR database for the "classification of the investigation."

Again, the European poodle bends to satisfy the wishes of its American master.

The original is in the Résistance and Le Grand Soir.

This article is in http://resistir.info