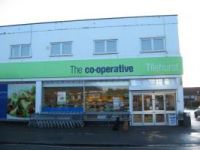 Since 2009, Israeli items that are sold in the country carry a label stating the place of origin...

One of the largest supermarket chains in the UK, the Co-op, announced this weekend that they will not import any more agricultural products grown by Jewish settlements in the West Bank.

Some years ago, British retailers tagged products originating from Israeli settlements. However, this is the first case of a rupture with the suppliers in the region. The Agrexco, whose main client is the European Union, is the largest company of agricultural products from Israel, and is among the most affected.

The decision was a result of strong pressure from pro-Palestinian groups operating in the UK. However, in the press announcement, the Co-op group is keen to emphasize that this is not a complete boycott, and they will continue to purchase products of Israel, provided they are carefully grown or produced within the Green Line, the border of Israel defined at the end of the conflict with Arabs in 1949.

In 2009, former British Prime Minister, Gordon Brown, ruled with the country's major retailers that the products - manufactured or not - imported from Israel were to have a label making it clear whether they came from Gaza or the West Bank or territory determined by the Green Line. At the time, Israel refused to follow these directives and initiated a trade tension with the United Kingdom.

Hilary Smith, one of the leaders of the Boycott Israel Network, supported the decision of the Co-op's, claiming that the retailer "has taken an international leadership by blocking companies that are complicit in human rights violations by Israel."  It now expects other companies to act similarly.

In replies to the decision, the Ministry of Foreign Affairs of Israel argued that "it is a shame to see those who ostensibly seek to contribute to peace and reconciliation to advance a negative agenda of boycotts."