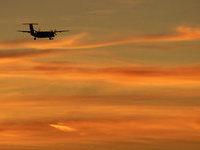 2012 onwards, the world is on the brink of Third World War. All sane and peace loving men would pray and strive that it is averted. For the horoscope of the times point towards a global catastrophe in the making. The guns of August 1914 - 1st World War paled in front of the Panzer Blitzkrieg of September 1939 Second World War. The Third World War during Cold War was averted between NATO and Warsaw Pact Forces. If war breaks out in 2012 onwards, Nukes shall speak and tragically billions may die. If there is war, it will most likely spread to be global plus nuclear, and without method in the madness. This apocalyptic scenario may yet come to pass, unless it is stopped in its tracks.

Opposing Alliances. US globalists (left over Neocons, Military - Industrial complex and their ilk) led NATO still want to dominate the world (despite their disaster in Iraq - Afghanistan). It is not only that the Western World's global dominance stands challenged, but the march of history may be reversed. From the 1500's (seafaring age) scientific discoveries, industrialization, political revolutions, colonialism, and technology ascendency, the world has been controlled by western powers. British Empire, Napoleon's France, Hitler's Germany and more recently USA have all been part of the Western world's bid for global hegemony or control. Now the west is really in decline. USA the great power, land of mass production faces economic stagnation if not full decline. EU faces its own economic predicament. Some Europeans and Americans find the idea of a powerful Germany leading Europe (a natural process) as unacceptable so far. Two World Wars were fought among other reasons to prevent Germany from its rightful place under the sun. An Intra European conflict may be brewing for leadership of Europe. Even as US - NATO alliance conflicts with the dialectic alliance Russia - China.

US Geo strategy has been embroiled in Afghanistan and Iraq, but now seeks to extend the war to Iran - Pakistan. Of course the real war is against Russia - China, the opposing alliance. Washington sees China rising (US trying to contain it from Pacific to Indian Ocean) Russia resurgent, Islamic world defiant (with Arab Spring likely to turn Anti west,) Israel endangered, besides Western economic decline.

American politics for 2012 and the Presidential Elections are upping the war ante (forcing President Obama to strike Iran or support Israel in doing so) or risk losing his reelection. Delhi seeks US Power to denuke, balkanize, deIslamize Pakistan, before US departure from Afghanistan region. Israel is straining on the leash before Iran develops the Nuclear Arsenal. This will change the strategic balance followed by Nuclear Saudi Arabia, Turkey, and Egypt etc.

In Afghanistan US seeks to retain a (25000 strong force) SOF/Air Force for denuclearization of Iran - Pakistan. It may seek independence of Baluchistan (with Indian support.) A clash with Pakistan is likely though not inevitable. Delhi wants to use American Power to fight Pakistan (but absurdly believes it can escape the nuclear conflagration). The war with Iran is even nearer 2012. US - NATO may attack Iran followed by Pakistan or both together. An Israeli attack on Iran is even more likely and Indian attack on Pakistan (Cold Start) always remains a possibility.

Russia - China are Allies against US - NATO Geo strategy (Iran and Pakistan are joining this alliance but also the Battle Space.) China is rising economically, Russia is resurgent strategically. After Iraq, Afghanistan, they have seen Libya humbled by NATO power. The US -NATO model  of regime change by sponsoring local militants - Northern Alliance in Afghanistan, in Libya (NATO trained anti Gaddafi Rebels), Syria (Syrian Rebels plus ex Libyan Rebels ) In Iran (non Persian ethnic groups, anti regime Diaspora ) in Pakistan (instead of regime change, keeping pliant puppets in power, or sponsoring  Baluch rebels against Pakistan.) In Russia, President Putin himself has accused the US of instigating opponents of United Russia. In China, using India for fermenting trouble in Xinjiang, Tibet etc. All this is unifying the alliance of Heart land powers Russia -China and critical Rim land state actors Iran - Pakistan into an Anti US - NATO alliance. But events are moving too fast. The Mayan Prophesy of 2012 catastrophic year approaches. US - NATO-India clash with Pakistan or US - NATO- Israel clash with Iran will lead by default or design to multi regional war going Global.

The combined Geopolitical space of Pakistan - Afghanistan -Iran - Iraq (backed by) Russia - China is beyond the US - NATO reach (It has already over reached) Putin's reported warning to his generals,  'Prepare for Armageddon',  must   be taken seriously. Putin is a great leader in the tradition of Russian History. China has already alerted its Navy in the Pacific. North Korea can always do the unpredictable, more so now with the young Kim in power!

Firstly Pakistan is neither threatening nor attacking anybody. It is on high moral ground, despite US - propaganda on militants to nuke insecurity!

Secondly Pakistan will be defended by its Soldiers and People. (190 million despite US - Indian attempts to divide them on different lines).

Fourthly There will be no foreign inspired civil war in Pakistan. Pakistanis are united to defend the mother land. Even militants are on the wane or will fight foreign invaders. A few Baluch rebels are being instigated by Delhi - Neocons. (The Baluch should be appeased by Islamabad). All major and minor political parties and people want an end to the Afghan War and peace in Pakistan.

Sixthly A low intensity war in Geopolitical black hole of Afghanistan, Pakistan, Iran, Iraq will defeat US - NATO (with war weary public, declining economy at home). A perfect catastrophe! A conventional war, more so on two fronts for Pakistan (US - NATO strike in the west, and Indian Cold Start in the east) will quickly reach nuclear threshold. If Pakistan is being destroyed by enemy fire power plus nukes it will strike back into India and attacking forces / region. Loose nukes from a destroyed Pakistan could explode in Israel - western cities leading to a nuclear retaliation chain cycle. The war going Global, nuclear destructive and radioactive. The Russian view that attack on Pakistan with lead to Thermonuclear War was in this context.

A war the US led NATO cannot win. With hundreds of millions or billions dead only a sick, demented man could term it as a victory. The real winner of the Second World War was USA whose homeland was untouched, and rose to become the sole super power. If there are any victors, it would be Russia - China unless the war involves them directly (something which the globalists hope to achieve - lure Russia - China by attacking Iran).

The Arab Spring - Muslim World would revolt in Anti Americanism as war with Iran - Pakistan and carnage becomes apparent. The western homeland and initiators of attack will be burnt by the flames they help ignite themselves (albeit radioactive fires).

It is near midnight. Geopolitics of Peace is the solution. The US - NATO must relent on Afghanistan, of course no war with Iran and no interference in Baluchistan. The alternative is too horrible to contemplate.

Besides the innocent people of Iran and Pakistan, the cultured people in Europe and good hearted, charity giving, amiable folks in USA are being duped by their Neocons and hawks plus globalists. Shocked when the bastion of capitalism, Wall Street came under siege and fearing rapid collapse, war abroad is their illogical choice. Even in Israel, half the population is against the coming war. Over all the good Jewish people, with their historical sense of survival seek peace and security. Pakistan is not anti Semitic at all, but has deep sympathy with people in Palestine. Still peace in the Middle East would be welcome to all. The American globalists however are adamant to drive the American Titanic into the global iceberg. But this war will be self defeating for all.

A new paradigm shift is needed, rather than beating the drums of war. Moscow under President Putin has a great role to deter the American war hawks, aided by the peace loving Chinese. The Germans and other anti war Europeans, besides the good people of USA must join hands to abort this global conflagration. Russia's key role in global peace, security for Israel, no attack on Iran, establishment of Palestine State, US - NATO exodus from Afghanistan, no interference in Baluchistan, return of Kashmir to Pakistan, US - China amity, all have to be part of Geopolitical peacemaking and war avoidance.

The alternative global nuclear war is too apocalyptic to contemplate.

Author of the book "Gwadar on the Global Chessboard"
Blog: Pakistan and Geopolitics wwwpakistangeopolitics.blogspot.com/The author is a retired Brigadier of the Pakistan Army.
Geopolitics of Peace is an Endeavour by Nadir Mir