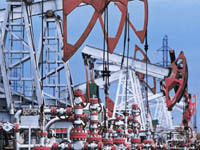 Iran warns its Arab neighbors that in the event of the introduction of sanctions against the country they should not increase oil production. Otherwise, as promised by representatives of the Islamic Republic, the region may expect catastrophic consequences.

Nina Mammadova, head of Iran's sector of the Institute of Oriental Studies commented on the situation in an interview with "Pravda.Ru":

"First of all, possible introduction of oil embargo will have an adverse effect on the interests of the European Union. First, the prospects of filling the "Iranian niche" are rather vague, because OPEC may not support it. Secondly, there is an option with the closure of the Strait of Hormuz. And third, even if nothing happens and the EU is able to replace the Iranian oil, speculators in any case will raise the price of oil based on "expectations." For the EU countries that are in a state of deepening crisis, even five percent increase in the cost of "black gold" in the present situation may become critical. Particularly problematic the situation may become for the countries of Southern Europe that are dependent on Iranian oil."

"Doesn't the West have a plan where the U.S. will sacrifice its strategic oil reserve to Europe and attract non-OPEC countries like Russia and Norway to the increase of the supply of power?"

"The Americans clearly are not going to spend their entire strategic reserve in Europe, for reasons of personal safety, so Europeans obviously cannot count on it for the long term. As for Norway, it technically cannot increase oil production to the level where it can replace Iran. In addition, many fields there are being depleted.

"The West has some opportunities to fill the Iranian oil gap at the expense of oil from Azerbaijan, Kazakhstan and Russia. But is there a point in creating problems thereby?"

"As for Russia, at first glance the aggravated oil situation may be beneficial for it as a result of higher prices for "black gold" that would increase the revenue. However, it needs to be aware of the fact that Iran is the most important guarantor of peace on the southern borders of Russia and Moscow should not have to be led by opponents of the Islamic Republic.

Thanks to the position of Tehran, the conflict between Azerbaijan and Armenia has been moved out of the aggravated phase. This proves once again that the preservation of peace in the Caucasus, as well as in Central Asia, is impossible without Iran. At least because divided people live at the perimeter of its borders. The significance of Iran was perfectly understood by the Russian Empire that had clear policy towards Iran.

The hysteria surrounding Iran is rather revealing. We are pointed to its imaginary militancy and alleged nuclear threat coming from it, which in reality is not in sight. Apart from a few islands in the Persian Gulf that it has rightful claims for from a historical point of view there can be no complaints. In comparison, neighboring Turkey endlessly bombing the Kurds, including in Iraq, looks far less respectable."

"How would the oil embargo affect Iran?"

"Despite the fact that oil sales bring the main revenue to the country, the introduction of oil embargo would not be fatal for the country. The same way it was not catastrophic during the Iran-Iraq war of 1980-1988. For example, back then the technology was tested where oil from Iranian tankers was reloaded onto tankers of the third countries in international waters.

In addition, we should not forget that we are talking about sanctions from the West and not an international embargo. It is unlikely that South Korea refuses the Iranian oil. China originally announced that it would not support the embargo of Iranian oil either as part of UN Security Council or in private manner as a third of its supplies depends on it.

Furthermore, the introduction of the oil embargo by the West in the first place is beneficial for China, whose economic growth requires additional energy revenues. This niche will be immediately occupied by China that would enjoy great benefits. After all, China will inevitably take advantage of the situation with Iran to sign profitable contracts at dumping prices.

On the other hand, it should be remembered that every year Iran reduces its dependence on oil revenues through the development of its own non-oil industries. We already can state that Iran is a self-sufficient country that can not only meet the minimum requirements for certain products, but all the more increase their exports. It covers a wide range of products, including ferrous and nonferrous metallurgy, pharmaceuticals, aerospace and shipbuilding, military industry and even, potentially, space industry.