Guinea-Bissau was so calm... 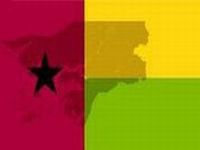 After the visit of Carlos Gomes Junior to Angola where he managed one more line of credit of 25 million U.S. dollars to support the restructuring that is underway in the armed forces of Guinea-Bissau, or perhaps, to pay wages in arrears - the capital Bissau awoke in the aftermath of Christmas with military movements and reportedly, shooting in the area of ​​the Headquarters of the Guinean Armed Forces.

It has begun once again because of drug trafficking and the overflight and landing a small plane in the region of Jugudul near Mansoa, which eventually would bring the drugs to be sent on to other areas, remembering that Guinea-Bissau is "known" as one of the most important hubs of drug trafficking, mostly from Latin America.

And once again, the mutual exchanges of accusations between the national military brass, about being mentors and leaders of drug trafficking operations, were immediate.

The two main military leaders Bissau, Antonio Indjai, Chief of Staff and Meritima and River Chief of Staff Bubo Na Tchuto apparently accused each other of being the leaders of drug trafficking operations, and therefore, according to the Jornal de São Tomé, on Tuesday morning, Antonio Indjai accused Bubo Na Tchuto of attempted murder and promotion of a coup d'etat. The Headquarters in Amura, Bissau, have been the scene of an exchange of fire between the military, although there are still no reports of casualties or who is responsible.

The rumour that is going around in Bissau right now is that Na Tchuto may be detained by forces that have close ties to Indjai, forces which have left Mansoafor the capital in order, allegedly, to avoid a bloodbath when detaining the leader of the Navy, which may occur at any time.

In any case, and according to sources in Bissau, quoted by the Journal of STP, the situation is quiet at the Chief of Staff HQ.

Also at the Air Base, and in accordance with our fellow Aly Silva in Ditadura de Consenso, the situation remains calm, as is the case at the Presidency and the Ministry of the Interior, while Gomes Junior, who, everything indicates, is the real key target of these movements, is in under police protection at an undisclosed location.

We await further developments and - do not laugh - a quick, concise statement of the CPLP, and Angola, of course! ...

Printed in the Portuguese version