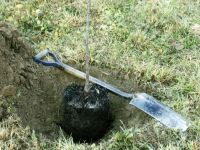 The year 2012 will be unlike anything we think regarding the economy, social life and interaction of peoples. It will be a very successful year for some countries that do not get involved with political issues from other regions or countries, except for humanitarian aid.

Several questions affect the level of trust in the financial markets and capital will be allocated to safer markets with less influence on crises in countries sometimes forgotten by capitalism in the last decade. Some countries in the Southern Hemisphere will focus on global productive investments, such as Brazil, India, South Africa, China, Chile, Angola, Mauritania, some Middle Eastern countries and others in Africa.

In the Northern Hemisphere countries like U.S. and Russia need to establish new strategies to attract more investments. Political instability will remove investments from many countries of Latin America, the Middle East and Europe. Despite the creation of an emergency recovery plan in Europe, the resources are still insufficient for the debts of trillions of dollars of savings in the Eurozone.

The Europeans need unity of effort and to focus on other issues, the error is certainly a focus on crisis and the levels imposed by the risk agencies, instead of finding solutions for employability and development of their nations, such as: sponsoring and  developing environmental recovery, an area that could create millions of jobs worldwide, instead of boycotting the environmental issues of a world that cries out for help.

The failure in the global environmental negotiations in 2011 was caused by lack of political will and financial resolve in issues of sustainability, public deficits and support the development of global citizenship.

The heavy burden of social projects in Europe, coupled with the instability of financial credibility may even cause a recession in several countries of this continent, which is worse than having inflation. Russia, the U.S., Japan, China and Brazil may benefit from the current economic situation, occupying new political and economic spaces.

Most worrisome for the year 2012 are the environmental issues; with the economic crisis, little will be done to reverse the abuses of man over nature. The planet already undergoes strong effects from climatic events that increase in intensity every year. Those who only look at the bottom line should know that sustainability may be the solution to the current economic crisis.

Social cohesion created in environmental issues allows the emergence of poles of employability, attacking one of the main problems of modern society, the issue of employment. Another important point, the development of cultural projects, which helps understanding crosscutting issues such as politics, economics and education. Cultivating creativity, to dismantle the industry of labels that society established is necessary for our development based on a recognition of life.

There is the possibility of synergy of actions with the development of culture, because it feeds intellectual growth, economic and social development of a given society, with sectoral and regional programs, with recognition practices of life and organizations.

When the encouragement of culture is undertaken seriously, countries grow through integrated coordination of various activities as a natural process. We will encourage culture, taking advantage of future corporate spaces, such as a driver for the growth of towns. The potential of culture can reduce problems of infrastructure in less disadvantaged areas, creating income and opportunities. As the title suggests, we plant the money tree, after the environment, culture and education cause the development of nations today.

Solutions exist, the time is not one for isolation, but to join forces for a global policy which is more just and equal, where peace prevails and respect for people is a reality. It is necessary to believe in the understanding that all countries ultimately live in the same planet called EARTH.