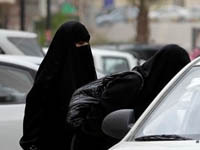 In Saudi Arabia, Sharia court sentenced a woman accused of engaging in witchcraft to beheading by a sword. There are some unpleasant details: before dying, the "witch", apparently, suffered as the beheading was performed gradually, in three steps. Thus, she became the 73rd person executed this year in the country living under Sharia.

The Kingdom authorities do not always provide accurate information on the number of women executed in Saudi Arabia. However, from time to time the details in this regard come out.

For example, shortly before the "witch" was sentenced, by the verdict of the Sharia court an Indonesian woman was executed who killed her employer that tried to force her to have sex.

In October, the sentence was carried out against a Saudi woman who killed her husband. In Saudi kingdom death sentence is given to rapists, murderers and drug traffickers. The execution is usually carried out through severing heads with a sword.

Human rights organization "Amnesty International" calls on Riyadh to abolish the death penalty, but also points to a host of other violations of human rights (especially in relation to women), but these calls are not heard in the kingdom.

The last sentence again raises questions about women's issues in Saudi Arabia. Of all Muslim countries, the situation of women in this country raises most questions. Of course, there is Somalia, where raped and, therefore, dishonored women get stoned. But now, when the country is in a state of chaos and division and has no legitimate power, it is difficult to make particular claims against it. However, in Saudi Arabia, where women in the best case are treated as pets, and in the worst case as female species deprived of elementary human rights, it is quite possible to do so.

Yet, the West is very careful in making claims to the royal dynasty. In most cases, the "waters are mudded" by human rights activists and feminist organizations. The Western authorities fighting for the democratization of Libya, Syria and other countries for some reason do not see Saudi Arabia and its laws that many human rights and feminist organizations called "brutal" and "medieval."

However, the events of the "Arab Spring" gave some hope that things will change even in this country. But when and under what circumstances it can become a reality? Vladimir Isayev, chief researcher of the Center for Arab Studies with the Institute of Oriental Studies answered this and other questions in an interview with "Pravda.Ru":

"Indeed, in Saudi Arabia women's inequality to men is particularly noticeable. Suffice it to point to the fact that women cannot go out unaccompanied by men.

However, when someone in the West raises a question about the prospects for the triumph of democracy and human rights in the Arab world, many people forget that some things in Islamic countries simply cannot be undone. In this case, someone is perturbed by the fact that in Saudi Arabia a woman was executed with three hits of a sword, completely losing sight of the fact that it represents one of the Sharia laws. Sharia cannot be undone, as it is impossible to cancel, for example, the Bible. After all, the Quran prescribes certain standards of behavior in everyday life. This is the word of God, and no one can cancel or change it.

For example, Christian churches have their heads. In Islam, there is no authoritative person who would say "no" to the executions, although scholars can issue fatwas, for example, for the murder of Americans.

It is worth noting that Saudi Arabia is not the only example of Arab-Muslim country with strict laws. Each country should be regarded specifically. If you take Syria, such laws do not exist there since it is a secular country. But, for example, in Oman for the abuse of alcohol one can be not only thrown to jail, but given very painful hits with a stick on the soles of their feet. Even in the most liberal of all the Gulf countries, Kuwait, one can be arrested for kissing in public. This is the uniqueness of local laws.

However, even the provisions of Sharia are not performed in practice in all countries of the region. Currently some significant changes are observed in certain countries. If you take Iran, two years ago the women could be stoned for adultery. Now this practice has been suspended.

Another example from the Gulf: Kuwait's government allowed female TV hosts to appear on the central channel without a veil. In addition, recently a member of the local parliament for the first time in history included as many as four women. By the standards of the Gulf it is a real breakthrough. I am not even talking about the fact that in Kuwait and the Emirates, unlike in Saudi Arabia, women are not only able to walk with open faces, but also drive cars. It is important to note that Kuwait is a much more liberal country than its neighbors in terms of ​​finance, which has a certain effect on other aspects of life.

In some countries secular and Sharia justice are combined to a certain extent, and the courts have a clear indication of their jurisdiction. However, in Saudi Arabia no breakthroughs are observed. As I said above, much depends on the specifics of a particular country. Saudis, due to the fact that their territories host the main Muslim shrines - Mecca and Medina - are inclined to further demonstrate their commitment to Islamic values ​​and be closer than others to Islam.

This is not the least factor that affects the conservative nature of the leadership of the country. Should it be surprising that the position according to which "even the best of women is a snake" still takes place? I would not count on any global changes with the women issue in this country in the foreseeable future."