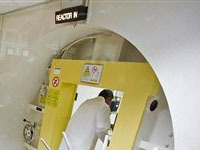 Representatives of the ruling royal family of Saudi Arabia threaten the entire world to acquire their own nuclear weapons. In particular, the powerful Prince Turki al-Faisal, former head of Saudi secret services, and a former ambassador to the key Country for Riyadh, United States, pointed out that this would be his response to Iran's nuclear program. According to senior Saudis, the world community has failed to stop it and therefore the kingdom is preparing its response to this threat.

The current intelligence chief of Saudi Arabia Prince Mukrin bin Abd al-Aziz particularly warned Iran against interfering in the affairs of the Persian Gulf, which can cause war not wanted by anyone.

However, Saudis' promise to acquire their own nuclear weapons is supported not only by the "Iranian threat." Representatives of the royal family named another "enemy" who already has weapons of mass destruction, which causes other countries to acquire them.

In particular, the Deputy Minister of Foreign Affairs of the Kingdom Prince Turki bin Muhammad said that his country supports the idea of Middle East free of weapons of mass destruction, but Israel buries the idea, refusing to sign the Treaty on the Non-Proliferation of Nuclear Weapons.

Meanwhile, Saudi Arabia intends to take concrete steps to develop its own nuclear program. However, for now, as assured by Riyadh, it will be peaceful. According to the aforementioned Prince Turki bin Muhammad, any state shall have the right to use nuclear energy for peaceful purposes, and Saudi Arabia is no exception.

In turn, the Center for Research in the field of nuclear and renewable energy already operating on the territory of the Kingdom on behalf of King Abdullah advised that the first tender for the construction of a nuclear reactor in Saudi Arabia will be announced as early as 2012. In addition, Riyadh, according to its grandiose plans, intends to become one of the leading nuclear powers. Its ambitious program includes construction of 16 nuclear reactors by 2030. The Saudi side suggests that it may be a starting point for creating their own nuclear weapons.

Note that this is not the first threat of this kind coming from Saudi Arabia. For example, the government warned NATO of the possibility back in June of this year.

According to British newspaper The Guardian, Prince Turki al-Faisal made a direct statement at a personal meeting with representatives of the alliance. According to him, it is unacceptable for the Saudis to live in a situation where Iran has nuclear weapons and they don't, therefore, they will be doing the same."

However, so far the development of nuclear technology in Saudi Arabia is actually at the level of talk and promises. The kingdom is oil- based and does not have the necessary industrial base. Is it possible in this situation at all to speak of the possibility of Riyadh owning a "nuclear bludgeon", and if so, when?

It is clear that the Saudis will not be able to develop it on their own in the foreseeable future. However, there are other possibilities. The talks about the nuclear ambitions of the Saudis have been ongoing for some years. For example, as early as in 2003, some media outlets reported that the leadership of Saudi Arabia conducted successful negotiations with Pakistan, and that the latter in exchange for cheap oil has expressed readiness to assist in obtaining nuclear technology.

While for obvious reasons this was not confirmed at the official level, questions about the "nuclear dreams" of Riyadh remained. Many drew attention to the fact that its reaction was too strong for this to be false: "The information that the Kingdom intends to acquire nuclear weapons is a vicious provocation and does not match the reality."

Of course, such a statement could not appease the West concerned with the prospect of the spread of nuclear weapons on the planet. Later, British newspapers began referring to Pakistani sources, according to which Islamabad, "if necessary," was ready to cooperate with Riyadh in the nuclear field. Some of them pointed out that allegedly Saudis have purchased nuclear warheads already stockpiled on the Pakistani Air Force base Kamra that at any time could be transferred to the territory of the kingdom.

Although so far the data on the implementation of such a transaction have not been confirmed, foreign experts do not rule this possibility out completely. Of course, there is much to be said in this context about the Iran-Pakistan past contradictions, as well as long-standing ties between Riyadh and Islamabad. Additional incentive to implement the nuclear deal between the two countries is a clearly poor financial situation in Pakistan.

However, while this is only a hypothesis, it does not mean that the Saudis take practical steps to obtain nuclear weapons. First, advancing its own nuclear ambitions, Saudi Arabia once again is trying to point out its significance in the region. In this sense, anti-Israel rhetoric is aimed at Arab audiences in other countries. And, second, one of the main points is the desire of the Saudis to force the Western allies to solve the Iranian problem.