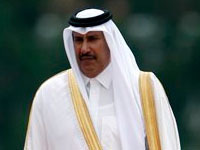 Russia's Foreign Ministry has lowered the level of diplomatic relations with Qatar. This became Moscow's response to the attack committed against Russia's Ambassador to Qatar, Vladimir Titorenko. The head of the Russian diplomatic mission was returning from his business trip to Jordan when he was attacked at Doha's International Airport. The official was attacked by the officers of customs and security services. The officers tried to withdraw diplomatic mail from the ambassador. Two other Russian diplomats, who were meeting Titorenko at the airport, also suffered in the incident.

On November 30, Russia's Foreign Ministry sent a note of protest to Qatar. The Russian officials demanded Qatar should apologize and punish the culprits. Qatar showed no reaction to the note. On December 4, Russia's Foreign Minister Sergei Lavrov notified the Qatari administration about the decision to lower the level of diplomatic ties between the countries until Qatar fully meets the requirements of the Russian side. Sources at the Foreign Ministry of the Russian Federation said that Vladimir Titorenko would leave Qatar immediately after the course of medical treatment.

What caused the incident? The Russian ambassador stated afterwards that he would like to hope that the attack had not been planned in advance. He only hoped that it happened just because the airport employees did not know the international laws.

According to Titorenko, the conflict occurred after the Qatari officers decided to X-ray the Russian diplomatic mail. In accordance with regulations of the Vienna Convention, diplomatic correspondence is not supposed to be inspected or X-rayed. The Russian ambassador said that he had an additional permission from the Qatari Foreign Ministry to carry diplomatic documents without inspections.

Thus, the version about the "erroneous attack" does not withstand any criticism. It appears that the actions of the Qatari servicemen had been preliminary approved by authorities. At least, Qatar had five days to correct the mistake. It did not happen.

To put it in a nutshell, such a tiny country as Qatar may have masterminded such a blatant act as an attack against the head of the Russian diplomatic mission in the country. The tiny country attacks the world's largest.

It is not the first time, when Qatar demonstrates its anti-Russian stance. The Qatar-based Al-Jazeera TV channel broadcast fraudulent reports about the war in the Caucasus in 2008. Moreover, some terrorist leaders took shelter in Qatar after the second Chechen war. One of those Chechen terrorists, Zelimkhan Yandarbiev, was destroyed on the territory of Qatar.

It was said after the incident in Qatar that the anti-Russian action was directly connected with Russia's position on Syria. It was particularly said that the Qatari administration was unhappy about Russia's intention to defend Bashar Assad's regime.

Sergei Demidenko, a specialist for Arab countries, does not think that the incident at the airport could be purely incidental.

"I am not sure, though, that the attack against the Russian ambassador was caused with Russia's views on Syria. Indeed, the Qatari administration wants Assad to go, but beating up the Russian ambassador would not be a form of revenge. That would be ridiculous. Qatar has many other opportunities to get at Russia from this point of view.

"It would be much more interesting to take a look at the relations between Qatar and Russia during the recent ten years. Russia and Qatar are serious competitors in the gas industry. Several years ago, Qatari officials put forward a suggestion to establish the gas OPEC. Several years have passed, but the idea has not received any development. The relations with Russia were put to a standstill.

"The reason for that is the difference of the interests. Qatar was originally building its gas strategy on the sales of liquefied gas. Russia was paying first priority to pipeline gas. There was a period of time when the Russian gas was cheaper than that of Qatar. That was bad news for Qatar, because the country was going to expand its natural gas shipments. Not so long ago, Russia became Qatar's competitor in the field of liquefied gas too. We have already launched the production of liquefied gas in Sakhalin.

"This may only mean that the relations between Russia and Qatar have been worsening. The market of natural gas is not so broad as the oil market. For example, world's second gas power after Russia - Iran - has not entered the market properly. The Asian countries are not using their capacities in full either. When it happens, the competition in the field of natural gas will only get stronger," the expert said.

We would like to add here that according to Western analysts, Qatar's export of liquefied natural gas to Western Europe has grown 25.5 times during the recent eight years. Qatar can only expand its presence on the market in the future.

In this connection, Europe may finally loosen its dependence on the Russian fuel. It will not be possible for Russia to avoid competition with Qatar. It is quite possible that the incident with the Russian ambassador at the airport was only a sign of imminent changes in the relations with this tiny, but resources-rich nation.