Africa? Where is Africa? 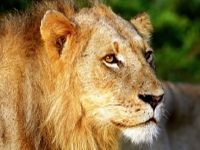 Correct, we might well ask because Africa is apparently invisible and has certainly been inaudible, looking on cowering in fear as a new wave of neo-colonialism is launched against her shores, by the same demons who sold Africans into slavery and stole her resources. As Mother Africa is raped, her sons look on like voyeurs.

Those of us who have worked hard behind the scenes telling the world about the real intentions of NATO, telling the world that there is a grand scheme and a pattern which began with Afghanistan not in 2001 after 9/11 but back in the 1990s when Mullah Omar refused to take a bribe from the USA giving US energy companies transportation rights of the fuel resources from Central Asia across his country. It continued with Iraq, the last piece in the puzzle securing Iran's western frontier for invasion.

For those who have any doubts at all, then google up Iran and US bases and tell me the Islamic Republic is not surrounded both on land and by sea. Tunisia and Egypt set the scene in preparation for Libya, as I said in this column and then, as Mother Africa was gang-raped by among the worst demonic scourge this planet has ever seen, what did Africa's sons do? Absolutely nothing at all.

One or two of them went through the token motions of trying to appear interested, most of them shrugged their shoulders, asked "what can we do?" and then reiterated the soundbites spoon-fed to them by their western masters. One of them stood up and fought like a hero, and his name is Muammar al-Qathafi.

What a disgusting comment on Africa's leaders, collectively a bunch of useless, vapid, sniveling cowards, fat porcine creatures snorting on their own gold-lined thrones and like donkeys, being ridden by foreigners, the very same foreign masters who colonised them for centuries, destroyed their cultures, massacred their peoples, turned them into slaves, raped their women, killed their children, dessecrated their fields and stole their produce.

It is time Africa stood up for itself and assumed its position on the world stage. However, with Muammar al-Qathafi apparently removed from the scene, gone is the influence behind a unified Africa, gone are the Pan-African projects providing Africa with African solutions for African problems, gone is the African financing for African interests. And as NATO destroyed the African dream before our very eyes this year, 2011, watch this space as Libya free-falls to become once again one of the poorest countries on Earth, as instead of sporting a billionaire sovereign fund it becomes indebted to the greedy IMF bankers and its future and independence are sold out to foreigners. In fact, this has already happened, thanks to NATO's terrorists, you know, those bearded wonders who decapitated Negroes in the streets, raped girls and women, torched buildings, ransacked government and private property and went on a murderous looting spree. Cameron's, Sarkozy's and Obama's darlings. Allahu Akhbar!

After Libia, it is the rest of Africa and AFRICOM will soon be installed around the continent, setting up US military bases which will serve ostensibly as trading posts but in fact will be permanent seats from which Washington and the real capital city of the USA, Tel Aviv, will control Africa's resources. That is why Gaddafy was removed, he was getting too dangerous for the vested interests.

And here is where the media steps in. What is the worldwide image of Africa? Poor. Poverty, famine, disease. AIDS, corruption. Negative images, squalor, misery. All of this is cultivated by a corporate media which likes to have a "them" to justify the "us" and by saying Africa is poor, they give out the idea that it is a continent not worth bothering about. In fact, due to the nonchalance and connivance of Africa's leaders, so intent on lining their own pockets (with few exceptions), it is as if Africa, and especially now without Gaddafi, did not exist. It is there but is neither seen nor heard.

Africa, indeed, is not a poor continent, neither is it a dry one. Its water resources are massive, it is rich in copper, in silver, in gold, in platinum. It is rich in natural gas and oil, diamonds, manganese. Africa has iron, cobalt, uranium, bauxite. Vast swathes of Africa's lands are so fertile they support three harvests a year and the continent is rich in wood.

Africa's coastline is huge, its seas vast. Africa is not a poor continent. In geo-political terms, Africa is not even a continent. It is a collection of peoples, led by sheep-like sycophants who lick the crud off the boots that kicked them into slavery as their backs are beaten and they say obediently "Thank you, master!" as they receive a handful of coins as they sell out the futures of their sons and daughters.

When a few years ago I shocked a group of visitors to a sanzala, or sugar plantation which used slave labour, by asking to be placed in the "punishment place" which was a heavy door closed onto the slave, pinning him or her against a wall so there was barely room to breathe, and I stayed there all day, surrounded by scorpions and snakes and cockroaches the size of platters, forcing myself to stay there until after dark, as I purged the evil that committed these crimes from my soul, I could feel for the first time the anger of the African psyche, I could feel the desperation in the heart of the last young man to be pinned there, no doubt snatched away from his family and children and after a horrific voyage of several weeks or months in deplorable conditions, sitting in a sea of excrement and being lashed daily, fed badly, emerging unwashed and stinking from that ship, to be prodded and goaded and ridiculed and treated like an object before being forced to sleep in a space where the ceiling was so low, he had to crawl... he was beyond tears, he was beyond anger, he was beyond rage but the last thing he lost was hope.

Africa's youth today are sons of the young man I was speaking about. The resources of Africa do not belong to a handful of leaders, wilfully corrupted by the western powers who carved Africa up drawing lines on maps, murdering the people - Africa's resources belong to Africa's youth, who must understand that the African Project of Gaddafi was and is viable and is the only way the Continent will defend itself from what can only be called corporate looting backed by the terrorist organization NATO, whose Governor in Africa is AFRICOM.

What can you do? Africans can network, can form powerful civic society groups forcing their leaders to be accountable, can empower the African Union so that Africa does not once again become colonised and Africa can declare very firmly that she does NOT want US bases on African soil, does NOT want AFRICOM and does NOT do business or shake the hands of those who murder Africans. And those were the nations behind the escapade in Libya. Africa must make Libya their commercial grave, make them feel it was the worst mistake they made by shutting them out of the Continent. After all, what have they given Africa? Nothing but interference and disrespect for local cultures (visible now that the UK tells countries they have to accept gays or there is no aid).

Africa can only make a difference by standing up for herself and taking her rightful place among the community of nations as an equal partner, proud and as powerful as any other. For trading partners, the BRIC group (Brazil, Russia, India, China) appears as a powerful block without political strings attached to commercial agreements and other emerging powers like Iran, Indonesia and Mexico are not countries who grew fat by stealing and murdering.