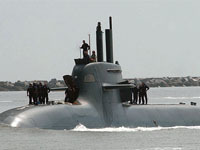 Construction of Jewish settlements in East Jerusalem has always provoked a mixed reaction in the West. This time, Israel's actions in this direction have been the subject of sharp criticism by Berlin. German Chancellor Angela Merkel does not hide her disappointment with the policies of Benjamin Netanyahu who does not intend to abandon the construction of settlements.

At the same time a major contract for the supply of the Israeli army with German submarines is in jeopardy. It is not ruled out that Berlin would purposely take that step in order to force Tel Aviv to abandon construction at the disputed territories. It should be noted that the Germans tried to similarly influence the Netanyahu government in the past.

Another story that has left an unpleasant aftertaste in the relations between the two countries took place in late 2010. Then the Israeli media have reprinted a dispatch from Berlin aimed at Washington and subsequently published on the website Wikileaks.   The document said that the U.S. should link the issue of settlement construction with a decision on the report of Goldstone. The report itself was devoted to human rights violations in the Palestinian territories. Back in November of 2009 the issue of settlements was discussed at one of the official meetings of the Security Adviser to the Government of Germany Christoph Heusgen with the U.S. Ambassador Philip Murphy.

Then Chancellor Angela Merkel has suggested the U.S. to "pass" Goldstone report in the UN Security Council in the event that Netanyahu refuses to stop building Jewish settlements. The attempt to "persuade" the Americans to act against their ally in the Middle East has failed. Yet, for the Israelis the disclosure of such information turned to be an unpleasant surprise.

The current scandal began with the publication in the newspaper "Yediot Ahronot" that reported that Germany has frozen the sale to Israel of "Dolphin" class submarines after Bibi decided to continue building settlements in Gilo (East Jerusalem).

The IDF Navy already has three German submarines supplied shortly after the Gulf War of 1991. They were built mostly with the German money. In 2006 it was agreed to supply another two submarines that were to be given to Israelis on concessional terms (financial assistance from the Federal Republic of Germany under the contract amounted to $135 million). It is through cooperation with Germany that the Israeli Army has greatly enhanced its naval potential.

If the transaction of the acquisition of German submarines is successfully completed, Israel will own most powerful submarine fleet in the region. In light of increasing military presence of Turkey and Iran in the Mediterranean, naval rearmament of IDF becomes even more significant.

The information about a possible disruption of military supplies that appeared in the national newspaper "Yediot Ahronot" and was reprinted by other publications could not remain unnoticed. Official sources were quick to refute it. "The relationship with the German government and Chancellor Merkel are warm and close. When any contradictions arise, they are resolved amicably," says "Cursor", referring to sources in Prime Minister's Office. The Office reminded that in the past, Israeli media hastily reported about a crisis in the relations with the United States, but later President Barack Obama said that the ties between the two countries were "closer than ever," the publication continued.

At first glance, the Germans had no particular interests in the Middle East. Unlike France that cannot abandon its neo-colonialist interests in Asia and Africa, Germany prefers to pursue a balanced policy, staying out of the most acute conflicts between East and West.

However, Israelis and Germans are traditionally tied by special relationship. After the Second World War Germany completely repented for the crimes against humanity and pleaded guilty to the Jews - the prisoners of concentration camps. Today it is no secret that the Germans have provided financial assistance to Israelis as moral damages for crimes committed by the Nazis during World War II. In addition, military and technical aid to Israel from Germany is quite consistent with the NATO doctrine aimed at curbing the authoritarian regimes fueled by the Soviet Union.  Under the new circumstances Berlin is not interested in the unconditional support of Tel Aviv. Not only the EU but also the U.S. is trying to hold back the Netanyahu government to prevent aggravation of the conflict over the Palestinian lands. Germany is trying to play its role in Europe's diplomatic games in the Middle East. Diplomats of the "Big Eight" believe that their main task is to bring Israelis and Palestinians to the negotiating table.

For the Palestinian side the continued construction of settlements is unacceptable. German Chancellor Angela Merkel, following her own logic, is trying to make it clear to Israel that the latter has more to lose by continuing to build in East Jerusalem. However, it is not yet clear how Netanyahu would react to these attempts of political pressure.   At the official level the Israeli leadership does not recognize any differences with the Germans. However, the publication in such newspaper as "Yediot Ahronot" could not be a simple misunderstanding. It is also worth noting that the IDF press office refused to comment on the possible cancellation of the acquisition of German submarines.