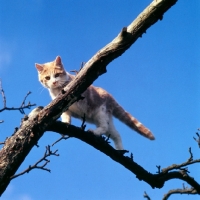 The European Union project is a demented and Machiavellian, undemocratic attempt to install a super-state on hundreds of millions of people who never wanted it, do not want it, were never asked if they wanted it and when the few who could said they did not want it, they were forced to repeat the vote ad nauseam (usually on a hot Summer's afternoon) until the project was pushed through. By whom? How dare the Eurocrats speak about democracy overseas... the entire project was created to provide jobs for the boys, namely failed politicians at home.

The European Union project is as manic and ridiculous as the following analogy:

Imagine twenty-seven Eurocrats sitting in a Euro-tree, each one sitting on the end of a branch facing the trunk with his or her back facing outwards, a saw held eagerly in hand, all meowing Eurocratic phrases such as: "The perfect progress of the people in the exciting European economic space", "Together we saw, like never before" or "Cutting wood and cutting costs, we build a common future and cut out loss", as they all saw the trunk in front of them.

Suddenly there is a massive crack and many of these leaders lurch downwards as the branches upon which they are sitting start to sag and snap. "Oh lá! lá! Mon Dieu!" "Gott in Himmel!" "Gosh! I say, eh what?" you can hear, among a cacophony of other languages as the Italian tries to scramble up the back of the Slovenian, who in turn grabs the leg of the Austrian, who tries to hold onto the shoe of the German at the top, who unceremoniously gives him a kick.

"We tried the Anschluss before," says the German. "This time we will buy you out but you have to pay back!" and thereupon the German calls in an army of carpenters who set about mending the branches before they fall. The British member has climbed to an off-shoot from the main truck, a graft, basically a separate tree with the same stem, from where he launches from time to time tirades against his hapless neighbours scrambling around below him. "Look! You've simply got to get your house in order, you Continentals!".

"Taisez vous!" says the French leader, his feet flailing below him as the carpenters shore up his branch with Super-Glue Three made in China. "You are not a member of the Euro-tree, your branch is different! Allez vous en!" A spat ensues between the British and the French member.

Further down, the Portuguese leader is cheesed off because the Euro-tree members prohibited his people from eating pig's ear salad and from killing pigs in back yards, while the Spanish one is equally livid because Euroland's Eurotocracy stipulated that throwing goats from church bell towers is bad form, the Belgians were banned from farming mussels because their moules broke the rules, the Italians were forbidden from claiming to be the homeland of pasta because it was in fact invented by Libya and in the Baltic States, Estonian vodka was labelled as downright dangerous, Latvians were told to stop behaving like Fascists and worshipping the Nazis and the Lithuanians could not find anyone to buy their picked herrings with soured cabbage in rusty tins.

The German leader told them all to shut up and listen. Germany would pay for their branches to be saved, and would pay for them to sit there without using their saws on condition that that did not saw anything. They paid the Portuguese to destroy their industry, fisheries and agriculture, a proposal which the Portuguese Prime Minister accepted on condition he be called a "good student" and be patted on the head at regular intervals, a behaviour adopted by all the other Eurocrats up the tree. Since the German paid, he called the tunes and imposed his or her, in this case, rules and rates and parameters on the other members.

Some time later, bedlam broke loose in the Eurotree. The Greek Eurocrat fell onto the Irish member, who decided to break his fall by opening his arms and legs, catching the Italian, Portuguese and French as he plummeted earthwards. The German member called the Fire Brigade. "Allo! Allo! Achtung! Achtung! Ve haf many Eurocrats up tree, zey are falling!"

The Fire Engine was a Mercedes, of course and it purred to the base of the tree. A stern-looking German sergeant with a scar instead of lips, barked: "From now on, all lands will use 1.75 millilitres of Euro-pest control liquid per three point eight slugs!" This created problems in southern Europe, because there were too many slugs for the people to be able to afford so much pest control liquid, so they asked Germany for German salaries.

The Germans then gave them a special package, the Super Slug Pellet, destined to save 70 per cent of the cabbages, on condition they receive a payment of 80% of the cabbages produced and a reduction in the workforce of 80 per cent. This meant that there were no jobs for people to go to and an insufficient number of cabbages to sell.

At this moment, the entire tree is in uproar because the southern Europeans say they want German salaries if they are to implement German solutions, while the Germans tell them they should implement German solutions with southern European salaries, the British and French members are kicking each other, the Greek is almost falling off while his people try to set fire to his shoes and all hell has broken loose on the western side because a new kind of caterpillar has appeared which cannot be classified because it came from outside the Eurozone.

Unfortunately, this is not an analogy. Welcome to the European Union.