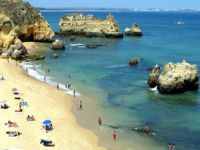 Long-suffering, hardworking, honest, open, friendly, good-willed, the Portuguese people in general trust in others and give them all the space they need to perform their function, typically with minimal interference and meddling. Regarding the successive governments that have held power in Lisbon in recent years, these attributes could not be worse

Still in shock after the draconian measures announced by the PSD/PP government last week, not exactly fearing for my economic status but rather for the vast majority of the Portuguese, among whom are two of my three children, my first reaction was the same as that of someone has just been informed that he is HIV positive: anger.

In honor of the thirty years I spent in Portugal, expressing that feeling in words, I dare to claim I speak for millions of Portuguese, by asking what wrong did I do to God to deserve this? I paid my taxes, pay the VAT tax on everything I bought, I never had trouble with the police, studied, did my best and worked as a slave for over thirty years to get what little I had.

Anger began to change into denial when I was told that certain sectors of society will not be affected by these shocking measures announced by the government. I refuse to try to understand this, because the injustice is too much for my hypertension to bear.

Denial should eventually move on to acceptance. But how to accept more sacrifices imposed on the Portuguese, after the bad governance of these same parties (PSD, PP and PS) over almost four decades, in which the inauguration speech of the prime ministers historically contained the phrase "I ask the Portuguese to make sacrifices"?

Where is the money, for example, which came from Macau? Where is the money that people paid in taxes over the years? Who was responsible for the terrible process of negotiating with the European Union which was supposed to bring modernization, sustainable development and prosperity, and instead financed Portugal not to produce, financed Portugal to destroy its industry, agriculture and fisheries and then sell the future jobs down the drain? Which idiot was responsible for that? Where are the billions of Euro that flowed across borders, in the good old days when they existed, and kept Bosnian and Romanian thieves off the streets of Lisbon?

In Portugal, will the entire political class suffer a reduced income? And their pensions? Will there will be a review of the accounts of those who were at the helm of the country over the past decades? Because if I failed to pay a penny to the state, the system fell on top of me, while if the state is the payer, everybody knows how long it takes to pay. Is it fair?

How can I accept that the banking sector sits idly by watching and doing nothing, and now why, if the bank has my money (or what little remains of it at the end of the month), why do I have to pay bank fees for the maintenance of my account? If I have to pay to the bank to save my money, then by the same reasoning, why is it that the bank does not give me a percentage of its profits, which it makes with my money, from my work? The bank does not give me anything, it does nothing to stimulate the economy and I still have to pay it?

Where are the options for our children? What remains for them to do, if they have to work first and discount to the Social Security for the right to unemployment benefit, even when there is a paltry job for a ridiculous wage in some call center, and even then the pay is based on "results"? What "results", when most people do not have money to buy food, much less pay for junk sold through phone calls?

And who is the fool that allowed the impositions of a troika to be implemented, impositions that any retarded child clearly understands will cause a downturn in the economy, because if you withdraw money from circulation, cut costs and reduce global wealth, of course the economy weakens, and then who has the ability to sustain 7 percent ratings of sovereign debt, when the economy will not even grow by 0.7%?

At a time like this, what you do is inject money into the economy. And no, the question "where is the money coming from?" is invalid, for if there is money for NATO to go on bombing civilians and supporting terrorists in Libya, if there is money to capitalize banks (who have lost your money apparently through their total mismanagement and due to the placement of managers with universitiy degrees pulled out of soap packets) the money is there. Just pretend that the country is a bank and wow! trillions will appear suddenly.

In fact, this crisis was caused by a handful of incompetent fools and a cabal of thieves, for whose mistakes "we all" have to pay. As always. Feeling in my last visit the fury of the people of this country, I hope my words help to ease the pressure, expressing the outrage and helplessness that reverberates through the air in a tangible way.

I'm not an economist, I am a journalist. Economists are paid to produce ideas ... but how many economists in Portugal have produced ideas? They were satisfied to say "Yes, sir" to all, basking in the title "good student" of the European Union. Cool dudes, eh? In the absence of any ideas coming from the economists, I dare to present only five and leave an ideas for national solidarity:

2. Does it therefore make sense for Portugal to stay in the EU? If billions and billions of euro were needed over the years to stay glued to the Continent and the country is still broke, would it not be worth someone having the...guts to bang a fist on the table as Iceland did and say "We do not accept these conditions, we will not pay anything to anyone until we see fit. It was not us who created the situation. You financed us in order not to produce, now you accept the consequences"?

3. Does Portugal not bhave the option to attach itself more and better to its historical space (CPLP), which it created over 500 years before turning his back on it, and to refinance with the BRIC?

4. Why does the government not adopt the practice of the basic food basket, sold at a low price in all supermarkets (as in Brazil), which provides the basic food a family needs in a month?

5. At the level of parishes, why not establish a space that serves as a food distribution center for the needy, where residents take rests of food (in good condition, of course) and establishing networks of collection of food from restaurants, cafes and shops in the area , which will be divided into plastic containers and the delivered to thoose who need it (pensioners, etc.)?

Deeply concerned about the future of Portugal, especially for my children and grandchildren, I propose the following for anyone wants to take the idea forward: to show solidarity, suppose workers in the private sector voluntarily surrender a part of their summer allowance and Christmas subsidy in 2012 and 2013 in favor of public sector workers earning less than (a certain amount)?

For my part, I am willing to donate 25% of these subsidies on condition that money gets where it is intended, and not in the hands of one of those mother f ... that helped lead Portugal to the situation the country is in.

* Director of the Portuguese version of PRAVDA.Ru. He spent 30 years in Portugal. He lives in Moscow.