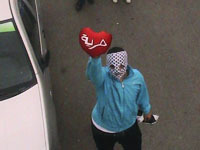 "We believe that the Security Council abrogated its responsibility," US Secretary of State Hillary Clinton said about the organization, which was created to maintain peace and security in the world.

The UN Security Council received this criticism from Ms. Clinton just because it failed to approve the anti-Syrian resolution, which was vetoed by Russia and China.

Hillary Clinton did not say whether the Security Council was going to be declared illegitimate because of the decision.  She promised, though, that those who disagreed with the central line of democracy would have to pay for it.

"The resolution voted on yesterday represented the bare minimum that the international community should have said in response to the months of violence that the Assad regime has inflicted on the Syrian people. The countries that chose to veto the resolution will have to offer their own explanations to the Syrian people... Those countries that continue to send weapons to the Assad regime that are turned against innocent men, women and even children, should look hard at what they are doing," Clinton said in the Dominican Republic, which she was visiting.

Syria's primary defense partner is Russia. It is absolutely clear then what Ms. Clinton was trying to say.

Russia's Ambassador to the UN, Vitaly Churkin, has already responded to the West.

"We are ready to elaborate the collective and constructive position of the international community. We are not going to deal with the legalization of the sanctions that were approved single-handedly in an attempt to change the regimes militarily. We offer to continue the work on Russia and China's balanced resolution which contains the viable concept of regulation," the official said.

Needless to say that those people, who prefer to work on the toppling of Bashar Assad's regime, did not listen to the Russian ambassador. French officials said, for example, that France would continue to defend the rights of the Syrian citizens.

More than 2,700 casualties. Tens of thousands of demonstrators have been jailed. Over 10,000 refugees from Syria fled to Turkey, Lebanon and Jordan, French Ambassador to the United Nations Gerard Araud said. "And someone refuses to condemn these terrifying numbers. The appeals from the Arab League to stop the bloodbath, the statements from neighboring states and the sufferings of the people of Syria mean that this veto contradicts to the development of events in Syria and in the whole region," the French official said.

So we have another country that openly expressed its protest against the decision of the Security Council.

Many Western publications wrote that Russia and China should not indulge in breast-beating about the protection of the interests of the Syrian people in the Security Council.

Austria's Der Standard wrote that even after a wave of brutal repressions that led to thousands of victims, the UN Security Council failed to condemn the Syrian regime. The veto from Moscow and Beijing, the newspaper wrote, was a slap in the face for the Syrian opposition.

Many Western publications said that the failure to approve the resolution on Syria was based on Russia's decision in the first place. The Russian delegation supposedly put pressure on China, Western journalists believe. If so, it just so happens that it was only Russia that blocked the progress of democracy in Syria. The Austrian newspaper concluded that the veto would only exacerbate the conflict in Syria even further.

The Western media believe that Russia and China are pushing the country towards chaos. According to publications in the American media, the Syrian issue would soon be put up for discussion at the UN Security Council again. The situation in the country remains explosive, whereas Syria's influential neighbors - Turkey and the Arab League - want to have everything settled, US journalists wrote.

It appears that the West will "lay the bodies of innocent victims of the blood-thirsty dictatorship" on the desk of the UN Security Council after the Muslim Brotherhood conducts another series of attacks. If the West does not make Russia and China vote "the right way", the EU and the USA will simply ignore the Council, as it happened in 1999 and 2003 with Yugoslavia and Iraq.